You Can Now Buy AirPods Pro in Canada at Apple Stores 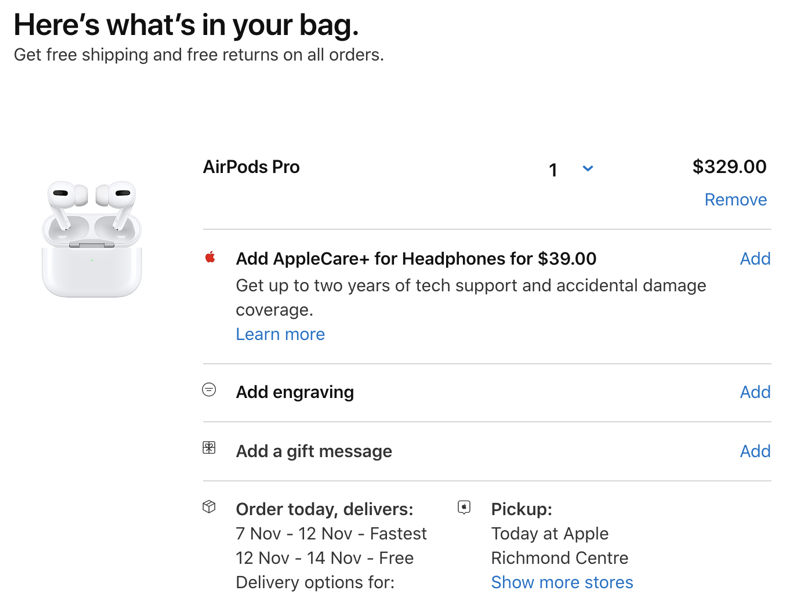 Apple has officially launched sales of its AirPods Pro at Apple Stores in Canada and around the world.

The company also shared some images from its Shanghai and Tokyo Apple Stores launching sales of the new wireless earphones in a press release:

AirPods Pro cost $329 in Canada and can be ordered today for same-day pick up at Apple Stores across the country. Shipping speeds are available for delivery from November 7-12 for expedited and November 12-14 for free shipping.

If you pre-ordered AirPods Pro, they should be delivered by today or tomorrow.