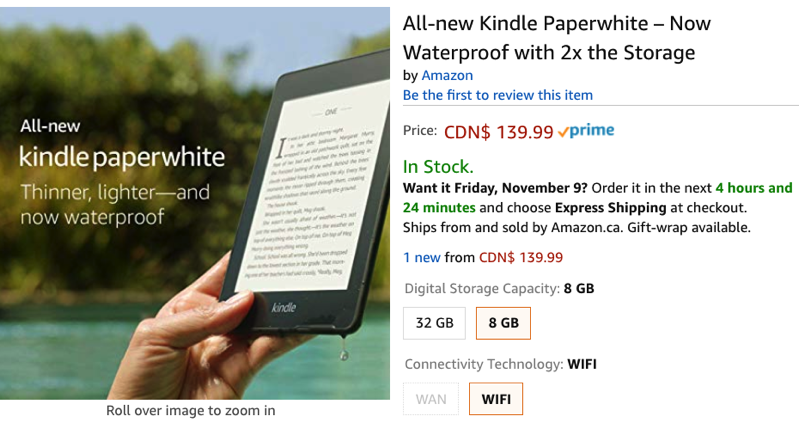 The new IPX8 rating means the Kindle Paperwhite can now withstand being submerged in two metres of fresh water for up to an hour. For those who read in the bath, you no longer need to live in fear of murdering your Kindle.

The new Kindle Paperwhite also has double the storage compared to the last generation, with 8GB standard and an upgrade available to 32GB (that’s a lot of e-books). We’ll be going hands-on with this latest generation Kindle soon, so stay tuned.

Also–the Kindle Oasis is on sale right now too, saving you up to $80 off, in its first sale ever.

Click here to buy the new Kindle Paperwhite for $139.99 on Amazon.ca.