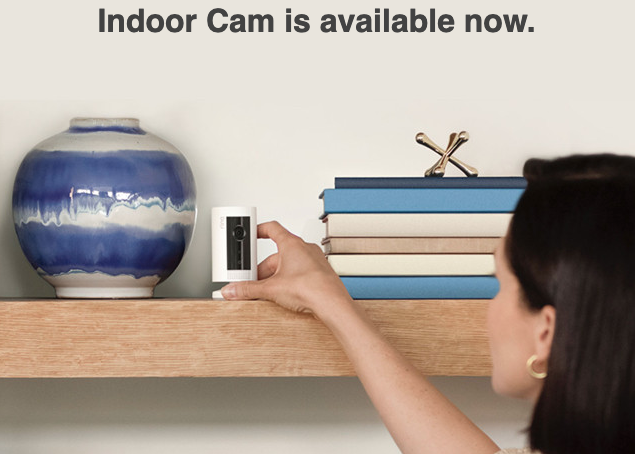 Back in September, Amazon’s Ring announced a new Indoor Cam, making it available for pre-order. As of today, you can now buy the Ring Indoor Cam in Canada for $79.99 on Amazon.

The Ring Indoor Cam is being called the company’s “most affordable camera yet,” featuring live 1080p HD video, night vision, two-way talk, motion zones, plus motion-activated recording, while being powered by Amazon’s Alexa assistant. The camera can be placed on a flat surface or wall-mounted with a bracket.

With the Ring app, users can monitor all their Ring devices, such as cameras, lights, doorbells and more.

Click here to learn more about the Ring Indoor Cam on Amazon.ca.