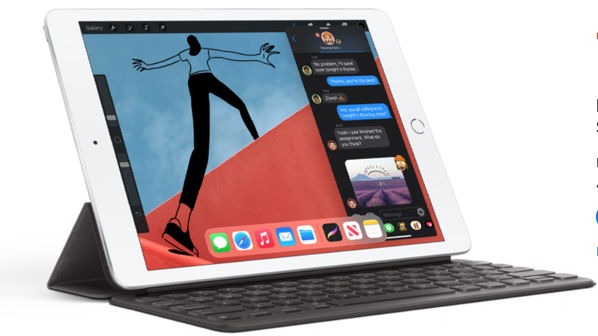 Alongside the Apple Watch Series 6 and SE, Apple’s latest eighth-generation is now available for purchase in Canada.

The iPad 8 with 10.2-inch Retina display boasts a faster A12 Bionic chip with Neural Engine over its predecessor’s A10 Fusion, has the same design and also supports Apple Pencil and Smart Keyboard like before.

Aside from the processor bump, nothing else has really changed for the eighth-generation iPad, but those waiting to pick one up now get a faster processor, future-proofed to support iPadOS for longer.

Apple’s all-new iPad Air is not available today but coming in October.

Click here to buy the iPad from Apple.ca—it starts at $429 CAD.