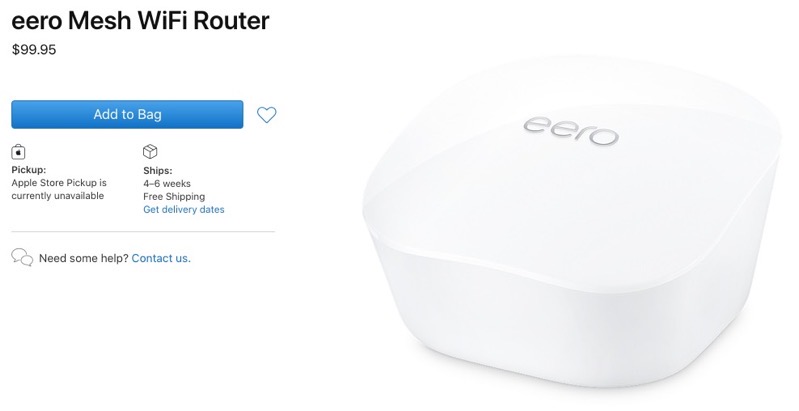 Eero has announced its full product line up is now available today from Apple’s online store in Canada.

Back in February of this year, eero added support for Apple HomeKit. The company’s mesh Wi-Fi automatically optimizes your home network based on your space, devices and usage, while parental controls are included for devices.

Click here to check out eero mesh Wi-Fi routers on Apple.ca. Shipping is noted at 4-6 weeks from Apple (you can actually get eero routers faster via Amazon.ca with Prime shipping).