German smart home and home automation producer Eve Systems has just announced the launch of their popular Eve Flare portable LED lamp in Canada and the U.S., which will soon be available for purchase on Amazon.ca. The Apple HomeKit-compatible lamp is IP65 water resistant and supports wireless charging. 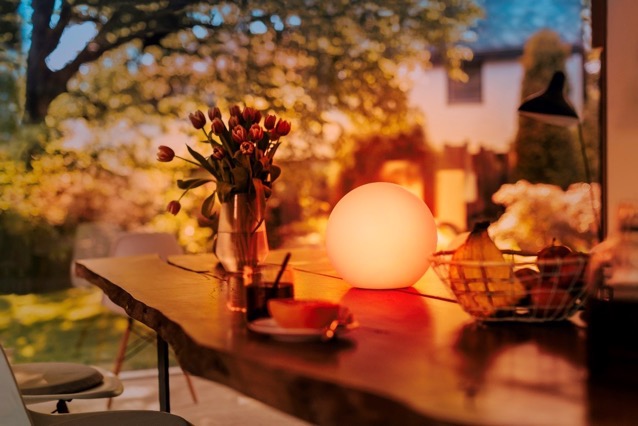 The Eve Flare lamp offers 6 hours of illumination on a single charge and can be easily customized using the app with ready-made shades or custom colours. The lamp is powered by Apple HomeKit and can be easily set up with a direct Bluetooth connection to the iPhone or iPad without requiring a dedicated bridge.

“Wherever you need a pop of light, it is easy with Eve Flare. Find a spot, open the Eve App, pick the perfect shade and enjoy hours and hours of soothing light,” says Ina Hirsch, Director of Marketing. “As with all Eve products, there’s no bridge required so Eve Flare is built to go from your bedroom to your balcony to your garden and beyond.”

Below are some of the product’s highlights:

The Eve Flare will soon be available on Amazon.ca; American pricing is at $99 USD. We will update this post shortly with Canadian pricing once we hear back from Eve.