These Ugly Christmas Sweaters Animate With an iPhone App [VIDEO] 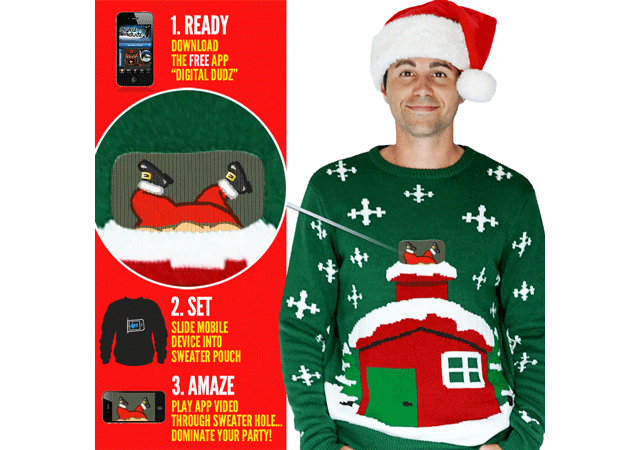 This year, Digital Dudz have taken their bad taste Christmas knitwear to a whole new level with the iPhone-enabled Ugly Christmas Sweaters. As described by TUAW, “the hideous sweaters double the ugly” by allowing you to insert your iPhone into the holiday decoration and when you fire up a compatible app, it would seemingly blow your friends away with some “animated garb”.

These ugly christmas sweaters are selling for US $60 + shipping, and you can order one here. For a better idea, check out the following video: