The new show slated for September will be hosted by Saeed Jones (below; left), BuzzFeed News’ executive editor of culture and BuzzFeed Books editor Isaac Fitzgerald (below; right), and produced by Cindy Vanegas-Gesuale, previously from Fox Business Network, CNN and Huffington Post. 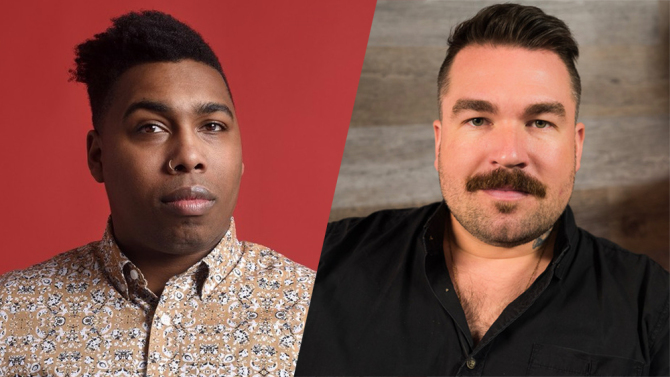 The show will deliver the day’s top news, along with a feature of “everyday Twitter heroes”, and other current trends from the Twittersphere, in what looks to be a take on news beyond traditional television, showing what’s happening and trending in real-time.

“Twitter is the beating heart of news and our newsroom has always embraced its power unabashedly, both for breaking news and for staying on top of it,” Ben Smith, BuzzFeed News’ editor in chief, said in a statement.

Twitter confirmed to iPhone in Canada the show will be viewable in Canada, for those interested in following AM to DM, although those on Pacific Standard Time will have to be up early to watch it (5am-6am PDT).

This isn’t the first news streaming service Twitter is involved with, as back in May, the social network announced a partnership with Bloomberg for a 24/7 news show, set to debut this fall.