CAA Spots Over 1,100 Situations of Dangerous Driving in School Zones 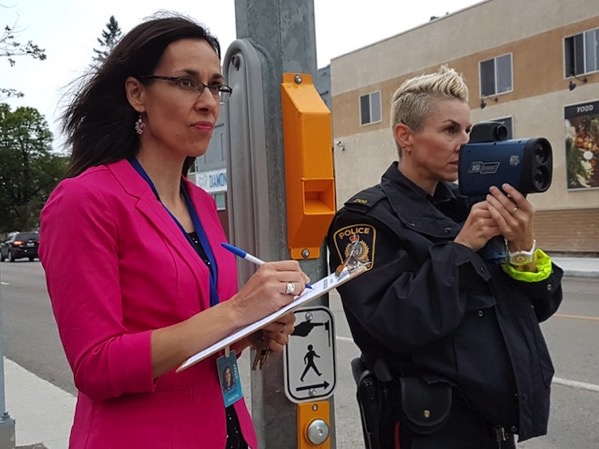 One driver was on the phone going 70 km/h in a school zone when he blew through a red light, Mager said. Observation teams also spotted a cyclist texting and multiple drivers passing stopped school buses. “We have to have people pay attention,” Mager said.

Other infractions included 103 stopping violations, such as drivers failing to stop properly at a crosswalk, and 218 lane-change issues, such a a failure to signal.

Mager added that he doesn’t think anyone deliberately speeds through a school zone, so they need to talk about how to make signs more visible with the city and the province .

Distracted driving in Manitoba carries five demerits and a $200 fine. Meanwhile, the fine for speeding in a school zone between September and June ranges from $180 to $312.