Back in early August, Apple added Toronto and Montreal to its list of cities with 3D map capabilities. Now, it appears Calgary has been quietly added with 3D maps too. Check out the image below: 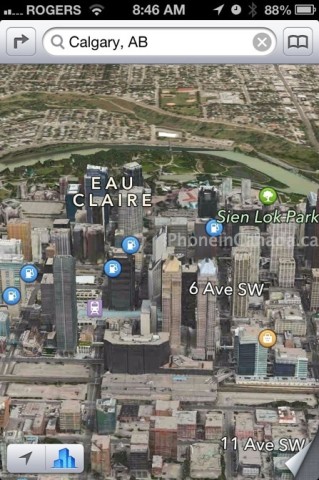 Here’s Toronto and Montreal if you haven’t seen them already: 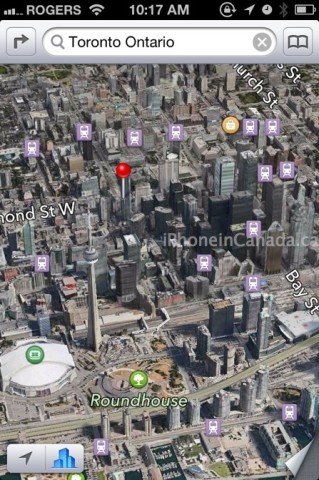 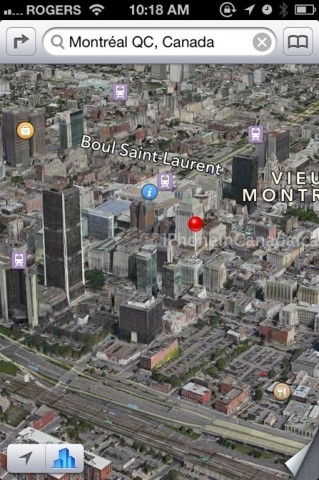 Under Apple’s iOS 6 Feature Availability page, Canada isn’t listed under 3D Buildings, but as you can see we have three cities already added, with most likely more to come.

Apple acquired Sweden-based C3 Technologies last October and has implemented their technology into the latest iOS Maps app, ditching Google Maps, although many feel the latter still provides an edge in maps.

iOS 6 will be released for download this Wednesday, September 19th.

If you spot any new 3D cities in Canada, send us an email or tweet!