According to the latest city data, taxi companies in Calgary lost a significant market share to Uber and other ride-hailing companies last year. The city says the number of trips taken by taxi and transportation network companies (TNCs) surpassed 10 million in 2018, over 40% of which were completed by TNC drivers (via CBC News). 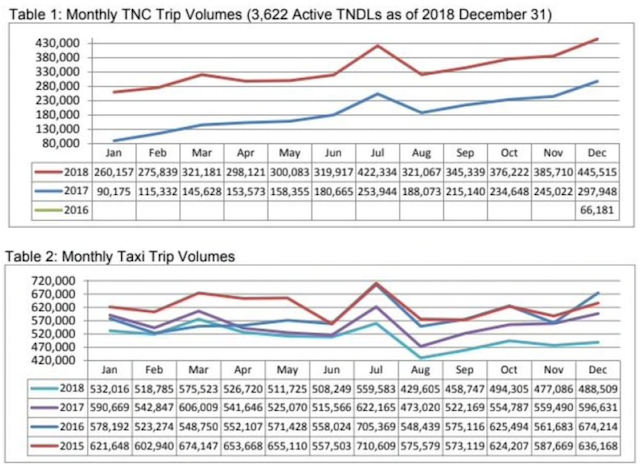 Abdul Rafih, the city’s chief livery inspector, said that the market has grown a lot since ride-hailing companies like Uber were approved for operation in Calgary nearly two years ago. “Did they take a slight bite out of the taxi pool?  Yes, they did,” said Rafih. “But on the whole, trips are increasing and Calgarians are opting for more options”, he added.

Since the arrival of Uber in Calgary, taxi companies have seen the number of trips drop over the last four years from nearly 7.5 million to just over six million.

“Taxis have seen a decrease in the number of trips. Obviously, the TNC market  is continuing to grow,” said Rafih.

Despite the decrease in business, the taxi industry remains about the same size. There are approximately 4,500 taxi drivers in Calgary, working in 1,881 taxis. However, Rafih said there are a few people that work for both a taxi company and a TNC.

“Our department, through Calgary Community Standards, licenses all drivers and we do have a number of drivers who work for both platforms. So some may work for taxis during the day and then at night work for TNCs.”

Currently, there are about 4,100 people licensed to drive for transportation network companies.