Apple’s special event that will most likely reveal the new smaller iPad is set to take place in two days. The presentation will take place at the California Theatre and as noted by Techie Buzz (via @pdparticle), the venue has already been decked out with some Apple posters to get ready for Tuesday. The theatre seats 1,718 and was built in 1928.

Check out some of the images below: 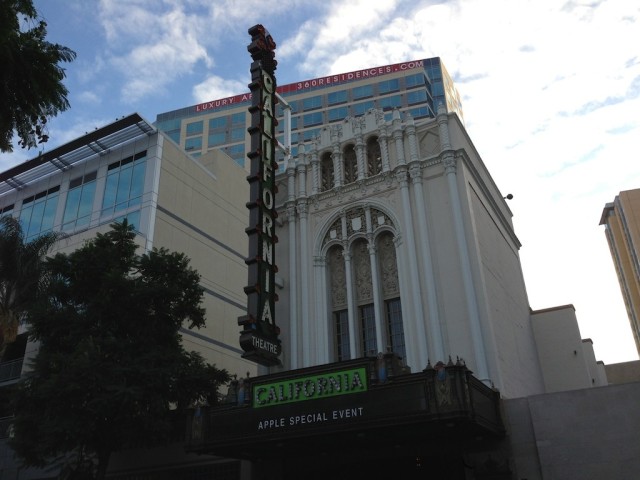 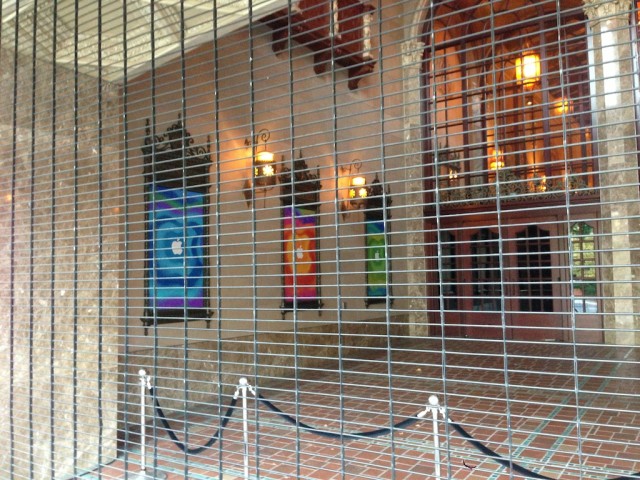 The Mercury News profiles some past events Apple has held at the California Theatre:

In October 2004, Apple co-founder and then-CEO Steve Jobs took the stage with the members of legendary Irish rock band U2 to introduce the iPod U2 special edition and the first digital boxed set, “The Complete U2,” an iTunes offering containing 400 songs from all of the band’s albums and 25 rare and unreleased tracks.

“This is the beginning of a new era of music distribution,” U2 guitarist David “Edge” Evans said at the time. Jobs concurred, saying “The iPod has become a cultural phenomenon. It has changed the way a lot of people are listening to their music.”

Just a year later, Jobs returned to the California Theatre to introduce the company’s first iPod that offered video playback, as well as launching television shows for purchase on iTunes.

“We think it’s the first step of something big,” Jobs said at the time, before going back to the focus on music at the legendary venue and bringing out Wynton Marsalis for his “one more thing” moment, a performance that garnered a standing ovation from those in attendance.

Along with a new smaller iPad, Apple is rumoured to announced a 13″ Retina MacBook Pro and also refresh its Mac Mini and iMac models.

Texas Heart Institute researchers studying the use of Apple Watch in helping diagnose heart attack symptoms have just published their findings in the latest edition of the Texas Heart Institute Journal (via MyHealthyApple). According to the research, if the ECG function of the Apple Watch could provide a reliable analysis of myocardial infarction (MI) risk when...
Usman Qureshi
9 hours ago

Samsung VP Bryan Choi has said in an interview with The Times that the latest Galaxy Fold devices will be the company’s “secret weapons” in its fight to capture a share of the high-end mobile market. Choi said Samsung’s strategy is to make the range of foldable devices a “mainstream product, with sales equal to...
Usman Qureshi
10 hours ago