In their latest camera shootout, The Verge has pitted the iPhone 7 against Samsung’s Galaxy S8, Google’s Pixel and LG’s G6 flagship smartphones, only to find out that the iPhone maker’s competition is getting way ahead in creating photos with better dynamic range and more accurate colour representation. At the same time, Galaxy S8, which is the newest smartphone of all, doesn’t seem to do anything to eclipse the competition in a meaningful way.

If you look at the above four images, the once captured with iPhone 7 looks the least attractive. The red of the tulips in the iPhone photo is oversaturated, and the darks in this photo are aggressively dark. Similar results were achieved in some other settings as well as shown below. Although the Galaxy S8 missed out quite badly in the oranges, pulling in inaccurate cooler tones. 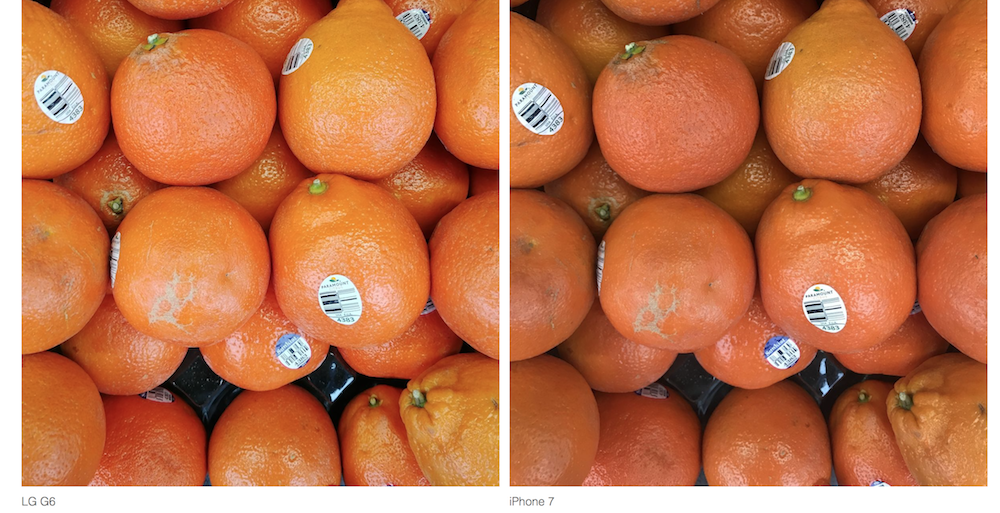 In conclusion, the source says that the iPhone now feels a generation behind, especially when S8, along with the Pixel and the G6, illuminate the extent to which Apple has fallen. For more low light image comparisons, hit up the source link.