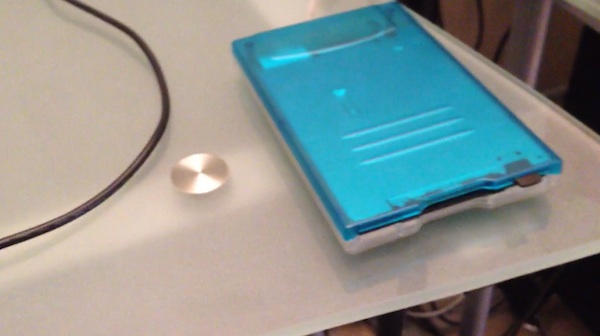 In the past, hackers have been able to successfully use the iPad’s Camera Connection Kit (CCK) to connect all sorts of accessories to the iPad such as keyboards, headsets, storage devices etc, thanks to its standard USB connector. Now, vintage Mac fan Niles Mitchell has demonstrated how an iPad can import photos from a properly prepped floppy disk using the CCK (via TUAW).

“Given a powered USB hub to provide adequate juice, it’s possible to fake out the iPad’s import process by using a MS-DOS/FAT formatted floppy and putting a “DCIM” folder on the disk. Any photos inside that folder that have DOS-legal filenames (8.3) will be read by the CCK and the iPad.”

While it may not be actually practical, it sure is pretty cool. Check out the video below: