Tap Tap Tap has just updated their popular photography app Camera+ for iPad to version 2.0, which brings the app more in line in-line with Camera+ for iPhone, where it has a much more modern user interface, and has world class, professional photo editing via ‘The Lab’. The all-new iPad version of Camera+ allows you to selectively brush in various edits and filters. 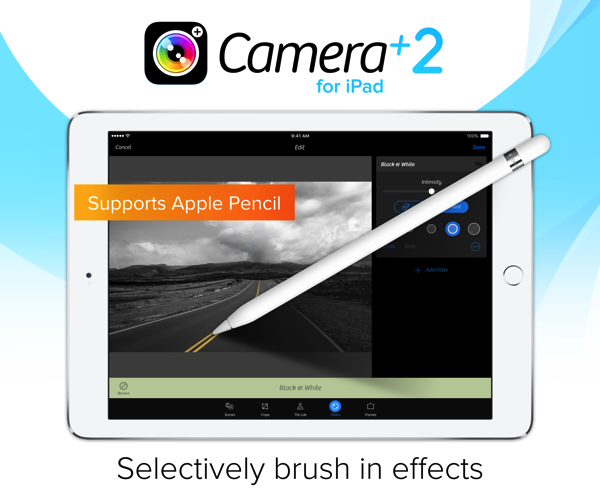 If you already own Camera+ for iPad ($6.99), you can grab the update for free in the App Store. In case you don’t, you also have the chance to nab it for free. All you need to do is keep an eye on our Twitter feed @iPhoneinCanada, as we’ll be tweeting 2 Promo Codes for Camera+ for iPad within the next few hours. Redeem the code the moment you see it, before someone else does. Good luck! 🙂