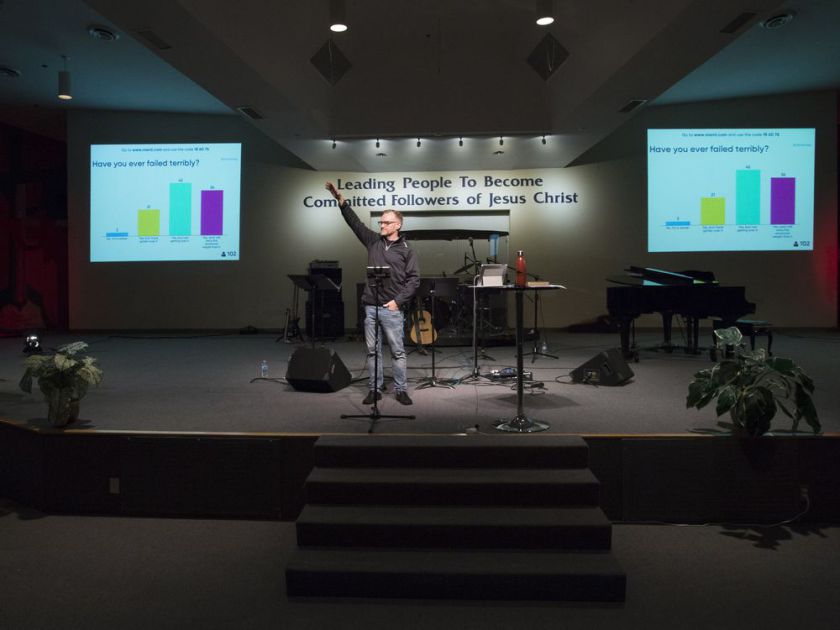 According to a new report from the Ottawa Citizen, Pastor Jeff Germo of the Campbell River Baptist Church says that it is no sin to use a mobile device during Sunday service at his church.

Germo says that its a blessing when he sees people in the pews staring down at their mobile devices because it means they are engaged in the topic he is talking about. He is one of the first pastors to use a Swedish-developed technology called Mentimeter to make real-time spiritual connections with his audience.

During each Sunday service, Germo asks parishioners to take out their mobile devices and click on a Mentimeter link. Moments later each parishioner will get an email asking if they have ever failed terribly. To his surprise only about two percent of them reply: “I’m a winner”. Germo said:

“If you are more than a year old, you probably would have failed at something.”

Germo said that technology is allowing folks to have an intimate spiritual connection, which was hard to establish before. In a statement, he said:

“The biggest thing it does is it helps people to engage and we’re always looking to different ways for engagement. We don’t just want to have a bunch of people sitting with their bums in the pew.

I think it does help get the heart engaged. It’s actually something visceral instead of just sitting there listening to a talking head. They’re involved in the process.”

What do you think of Germo’s approach? Let us know in the comments below!