The annual Branham300 listing of Canada’s largest tech companies by revenue was revealed yesterday, with BlackBerry taking the crown for the fifth straight year, reports The Globe and Mail. Don’t get too excited though, as despite the win, BlackBerry saw a 40% decrease in revenue in 2013. Ouch.

In second place was CGI Group, a Montreal-based IT services company, then followed by Bell, Telus and Rogers respectively. Looking at year-over-year revenue change, Telus had the largest growth at 6%, while Bell and Rogers saw a 1% increase. Bell had the most revenue at $9.5 billion, followed by Telus at $9.3 billion and Rogers at $8.4 billion. Videotron came in at the 14th spot with a YoY revenue growth of 9%. 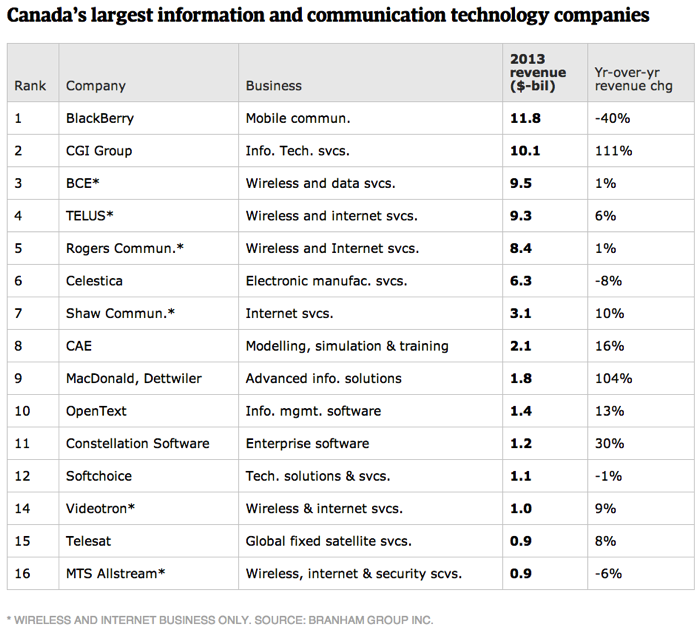 BlackBerry already reported its 2014 annual revenue, which came in at $6.8 billion; this means next year the company will no longer be at the top of the list, as CGI has already surpassed $10 billion in revenue for 2013.