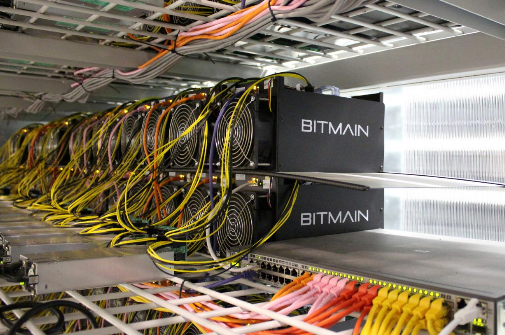 According to a report from Reuters, China’s Bitmain Technologies is eyeing bitcoin mining sites in Quebec.

The news comes as China is expected to crackdown on cryptocurrency mining, and the energy-rich Canadian province of Quebec is turning out to be a very attractive alternative.

China has grown into one of the world’s biggest sources for cryptocurrency mining, but there are signs that Beijing is increasing scrutiny and may ask local authorities to regulate their energy use. Bitman Technologies is one of several companies that are looking to expand their operations overseas.

In an email sent on Friday, Bitmain spokesman Nishant Sharma said that the company was looking at sites in Quebec and is currently in talks with regional power authorities in the province. The company notes that they are also looking to expand to Switzerland.

Mining for bitcoin consumes large quantities of energy. While Beijing has not issued any official edict on the bitcoin mines, two Chinese miners told Reuters that local authorities had grown more unwilling to allow expansion and had started to shut down some mines in late 2017.

In a statement, chief executive of ZQMiner Li Wei said:

“We, and from what I understand many of our peers, are already making plans to go overseas.”

Globally, regulators are increasingly voicing concerns about cryptocurrencies because of their volatility and worries about risks to investors. China is also worried that cryptocurrencies could facilitate illegal fund flows and breed financial risks.

In Canada, Hydro Quebec described a potential sales pipeline of around 30 large cryptocurrency miners after a campaign by the public utility to attract bitcoin miners in 2017. In a statement, director of business development at Hydro Quebec distribution David Vincent said:

“Of the world’s top five largest blockchain players, we have at least three or four.”

According to Hydro Quebec, the province has an energy surplus equivalent to 100 terawatt hours over 10 years. To give some context, one terawatt hour powers 60,000 homes in Quebec for one year.

The challenge for miners is finding existing facilities in Quebec that already have buildings and other infrastructure in place to use the large energy supply required for cryptocurrency mining.

Hydro Quebec offers some of the lowest electricity rates in North America, charging an industrial rate of $0.0248 per kilowatt hour (Kwh) (2.48 U.S. cents) for data centers and $0.0394/kwh (3.94 U.S. cents) for cryptocurrency customers.

Apple reportedly wants an easy way for people to build augmented reality apps, that might even be assisted by the company’s Siri voice assistant, reports The Information. Unnamed sources say Apple plans to let Siri build an AR app when asked through its upcoming mixed-reality headset. These apps would then be able to submit to […]
Gary Ng
26 mins ago