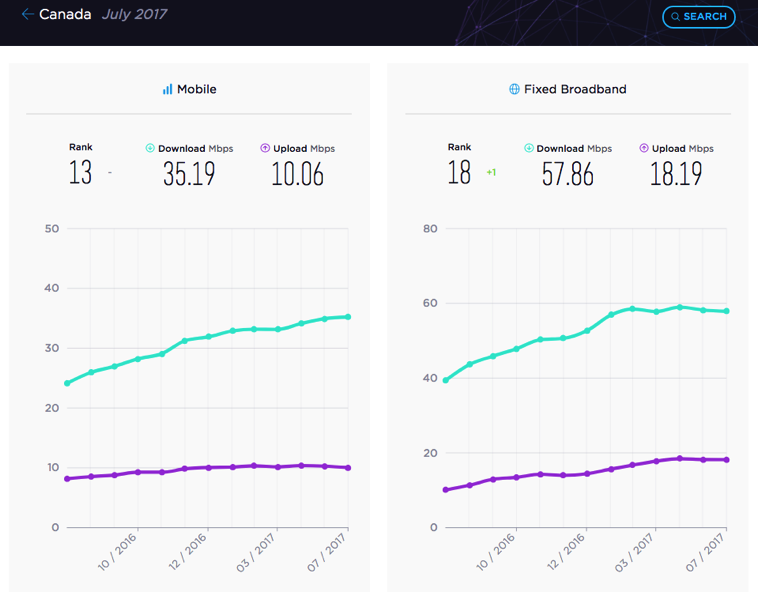 The top spot for mobile speeds goes to Norway, while Singapore has the fastest fixed broadband speeds.

Ookla says these tests are “Based on the billions of consumer-initiated tests taken all over the world using Speedtest,” which allows them to show the “latest information on which countries have the fastest mobile and fixed broadband and which have the slowest.”

The company says “Results are updated at the beginning of the month for the previous month. To be ranked in each category, countries must have at least 670 unique user results for mobile and at least 3,333 for fixed broadband.”