According to the report, the mobile video experience has significantly improved in 59 percent of 100 countries analysed. 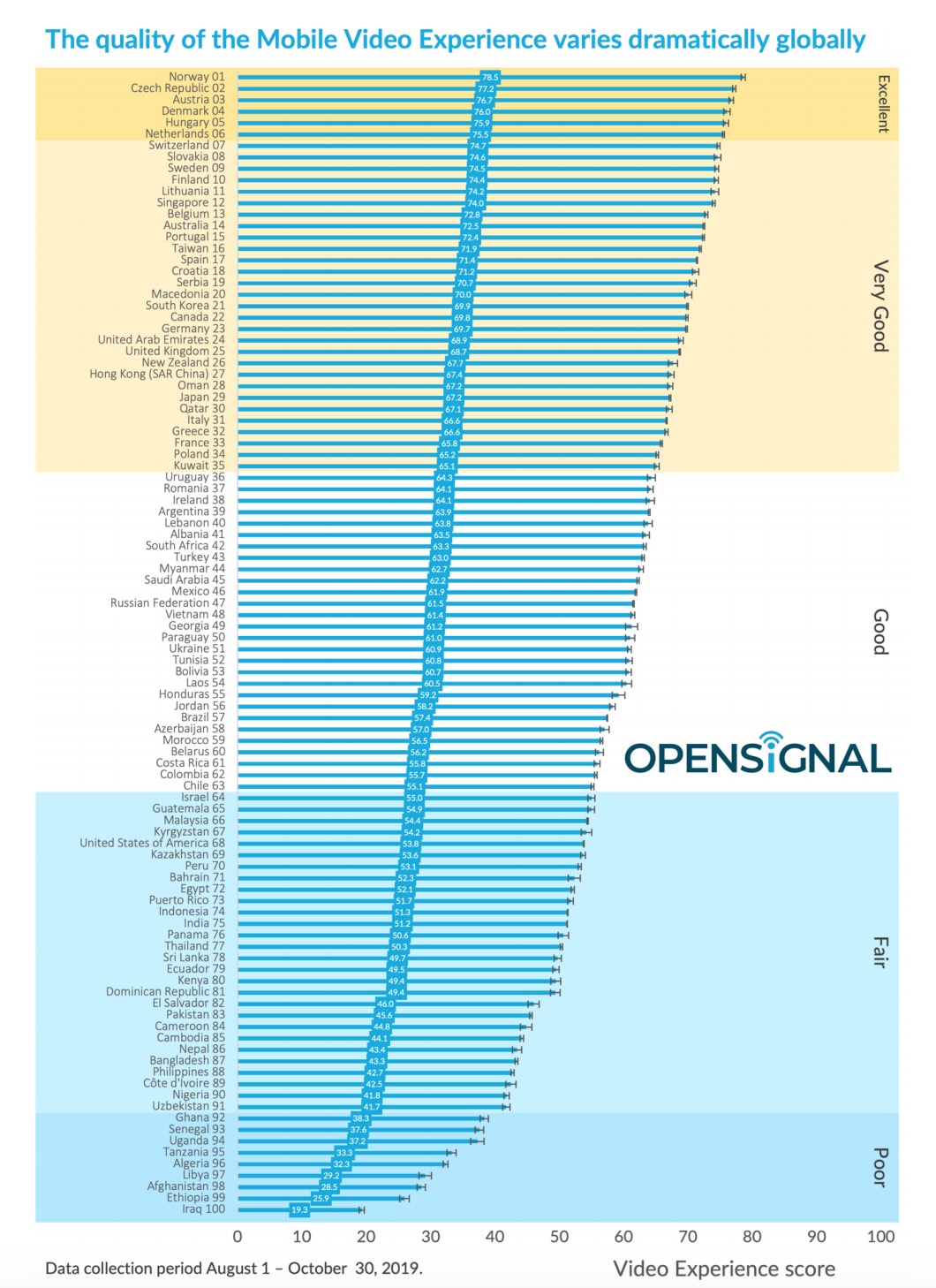 With the mobile video user experience improving around the world, Canada is among the countries seeing enhancements, moving from the “Good” category to the “Very Good” category over the past year:

Canada, with its powerful 4G networks, was the only country in North and Central America to score a Very Good ranking, meaning our users experienced generally fast loading times with only occasional stalling. As Opensignal noted in our August 2019 report, Canada’s 4G networks offer download speeds as high as 200 Mbps to our users, which is a very high bar to attain. Although download speeds don’t necessarily correlate to good Video Experience, in Canada’s case they do. This was the first time any country in North and Central America has scored in the Very Good category. Canada, with a score of 70 (on a 0-100 scale), jumped nine points from its score of 61 in 2018. 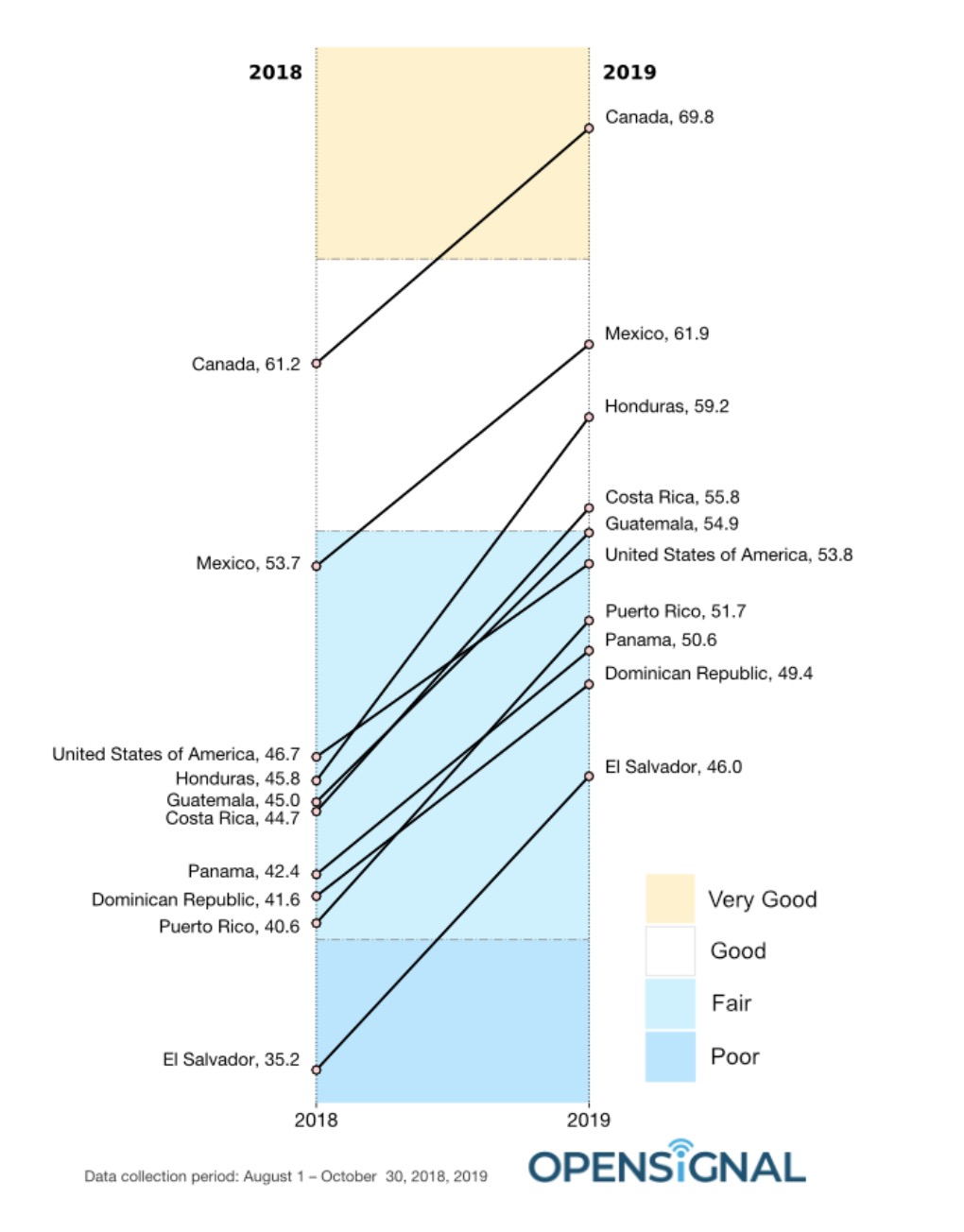 However, the report highlighted the fact that there are other countries where users enjoy extremely fast mobile speeds yet are also much lower down Opensignal’s ranking of countries on mobile Video Experience than they are for speed.

“Canadians enjoyed the third fastest download speeds but for video were 22nd,” explains the report. “Canada routinely tops Opensignal’s international comparisons, but as in other countries, mobile video presents a special challenge for carriers”

Looking forward, Opensignal’s research showed that until 5G was rolled out at scale in the country, Canadian carriers would face difficult choices around increasing the price of data, or of managing video streaming traffic tightly, for example, to lower picture quality. It warned that if they do neither, the download experience of their users will likely suffer as video traffic overwhelms everything else on the network.