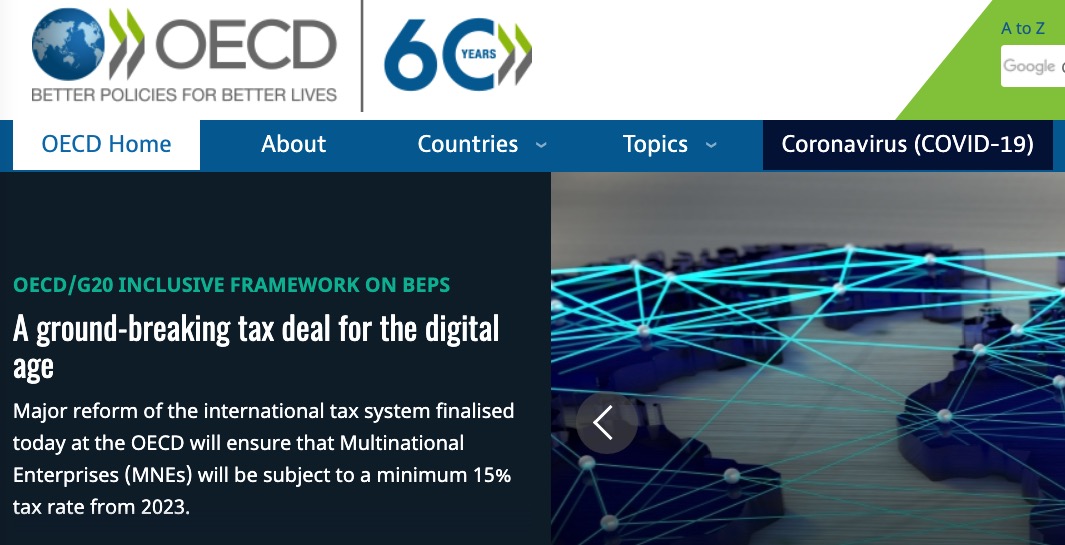 The government of Canada has agreed to delay its digital services tax on big tech companies, after it signed an agreement set by the Organization for Economic Co-operation and Development (OECD) and its 136 nations.

The OECD approach would pursue a minimum corporate tax rate of 15% for multinational companies. Companies with worldwide sales beyond $28.7 billion and more than 10% profit would need to pay some taxes in countries, even if no physical presence is available but operations exist, reports The National Post.

The agreement means OECD nations would need to stop or pause setting their own digital services taxes, including Canada. The federal government was targeting big tech such as Amazon, Google, Facebook, Expedia and Airbnb, expected to bring in $3.4 billion over five years.

According to the ruling Liberal government on Friday, it told the Post it would delay its digital services tax from January 1, 2022 for two years. If the OECD agreement has been implemented by 2024, the Canadian digital services tax would kick into effect and be retroactive.

“In that event, the DST would be payable as of 2024 in respect of revenues earned as of January 1, 2022. It is our sincere hope that the timely implementation of the new international system will make this unnecessary,” said Finance Minister Chrystia Freeland on Friday.

The OECD agreement contains a clause that states, “all parties to remove all Digital Services Taxes and other relevant similar measures with respect to all companies, and to commit not to introduce such measures in the future,” or until a new agreement has been implemented.

While the new OECD agreement applies to corporate tax, it doesn’t apply to “regulatory actions of government in areas such as broadcasting and content licensing,” said an unnamed source speaking to the Post.

In other words, the federal government appears to be still pursuing a tax on streaming services such as Netflix to contribute to Canadian content funds, such as traditional broadcasters.

“This is a major victory for effective and balanced multilateralism. It is a far-reaching agreement which ensures our international tax system is fit for purpose in a digitalised and globalised world economy. We must now work swiftly and diligently to ensure the effective implementation of this major reform,” added Cormann.

The OECD deal was made to stop multinational corporations from pursuing tax avoidance techniques such as the ‘double Irish with a Dutch sandwich’, to shift profits to low or no-tax jurisdictions, leveraged by companies such as Apple and more.