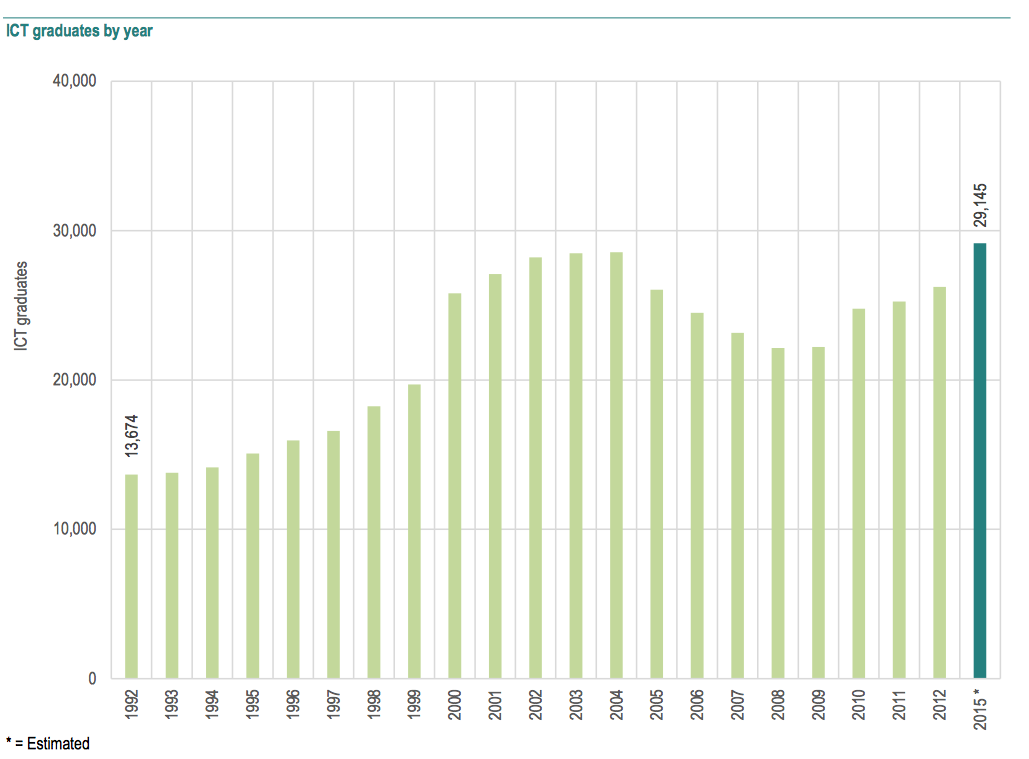 The research, entitled “Digital Economy Supply: Canada’s Post-Secondary Education Stream,” has found that there will be insufficient resources with the necessary skill sets to meet the anticipated hiring demand across all industry sectors. The problem seems to be that cumulative hiring requirements in Canada for ICT talent are expected to be at 182,000 by 2019, but the country’s post-secondary education system alone won’t be able to fill the talent-supply requirements for multiple reasons, including but not limited to rising skill mismatches. 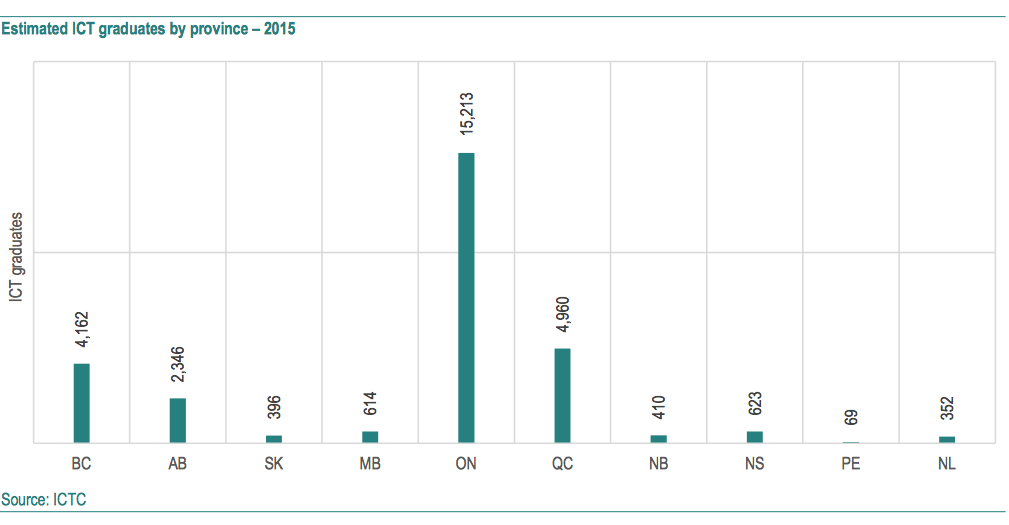 The good news is that in 2015, ICT enrolment is up in Canada, and the study goes as deep as analyzing by provinces. The biggest enrolment increase was recorded in Saskatchewan, at 65%.

The number of ICT graduates culminated this year at 29,000, with Ontario topping the list with the most graduates. From a gender perspective, the ICT segment is in sharp contrast to others, as women account for only 21% of all graduates, despite 58% of all students graduating across Canada being women.

While the numbers seem to paint a bright picture, the harsh reality is that not every graduate is job-ready and not many youths are opting for ICT careers, which of course leads to a void that could limit Canada’s competitiveness in the long run.