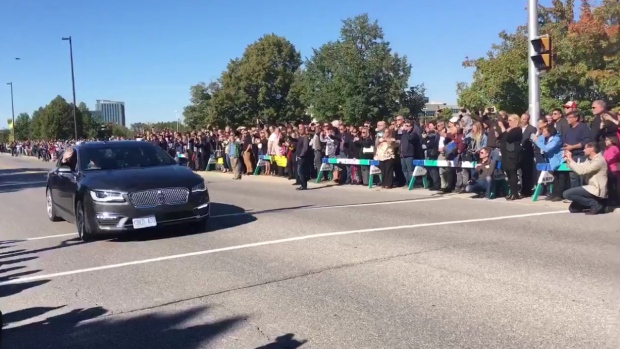 On Thursday, Canadians witnessed the first ever test drive of an autonomous vehicle on a public street in Ottawa.

During the live demonstration, CBC News reports that the vehicle stopped at a traffic light while people crossed the road. The report also suggests that Nokia will soon be brought on board for the next phase in order to add LTE capabilities to the vehicles.

In a statement, Mayor Watson said:

“Ottawa has established itself as an innovative and smart city, is home to a diverse technology hub, and has the expertise, new technology and talent needed to spark autonomous vehicle innovation.

With support from BlackBerry QNX and its Autonomous Vehicle Innovation Center and by working closely with all our partners, we are facilitating smart initiatives and research, and fuelling innovation and job creation in Ottawa.”

The City of Ottawa announced that it will be partnering with the QNX team at Blackberry to test the new technology.

Following Morgan Stanley's estimate that Apple’s App store net revenue tumbled a record 5% last month, CNBC's Jim Cramer has said that investors should ignore negative calls about the iPhone maker and hold onto their shares. “The next time you hear this Apple mishegoss, you need to recognize that you’re still getting one more buying opportunity in...
Usman Qureshi
37 mins ago