Did you visit Canada’ Wonderland this summer? Canada’s premiere amusement park has quietly added Passbook integration for customers purchasing tickets online. After making a purchase, the confirmation email notes “iOS 6 users can add their tickets to Passbook on iPhone and iPod touch”, as seen below: 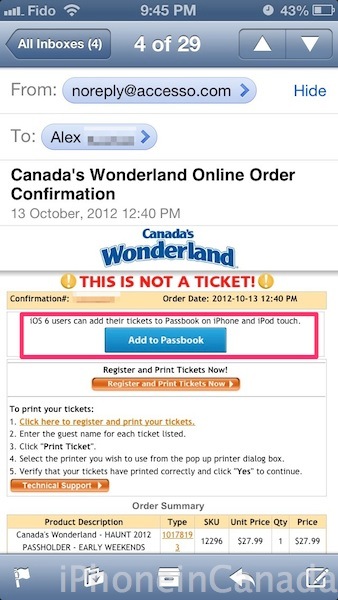 After tapping ‘Add to Passbook’, users are taken to a web page that will add your tickets to Passbook by clicking the icon shown below: 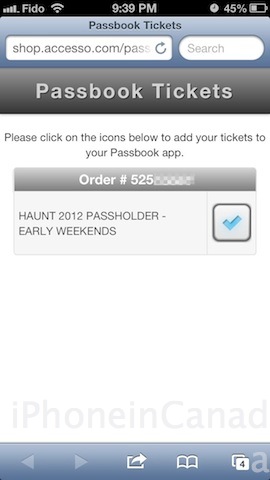 Of course, once that’s done the magical feeling of adding those cards to Passbook is shown below: 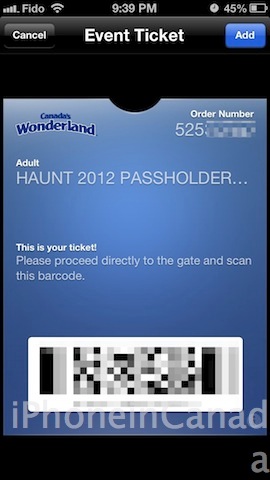 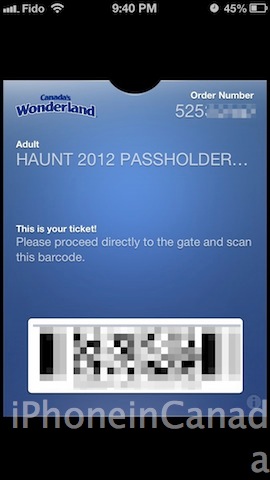 Passbook will automatically detect your location and pop up on your iPhone’s lockscreen to allow you to quickly scan your tickets. So far, we have detailed how it has worked brilliantly with Porter Airlines, Cineplex Mobile, Starbucks (with a workaround for now) and Sephora to Go (for the ladies!).

Thanks to Alex for sending these in!