CanadaWest.TV is a partnership between the Canada West Universities Athletic Association and Stretch Internet, and will enable live viewing of CIS basketball and volleyball on your iPhone, iPad, or iPod touch. Action will also be enabled on the web as well. The live sports will begin for the 2011-12 season and beyond, with the first live stream on September 2nd, a football game between the UBC Thunderbirds and Regina Rams at Mosaic Stadium. 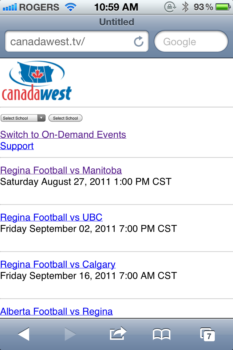 If you attend any of the 14 Canada West universities, this will be an awesome way to view live sports. For all the alumni out there you’ll enjoy this too. Just visit www.CanadaWest.TV on your iOS device. 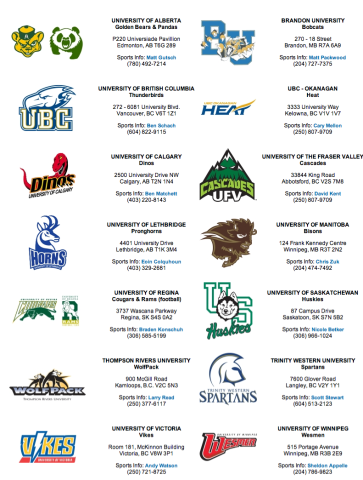