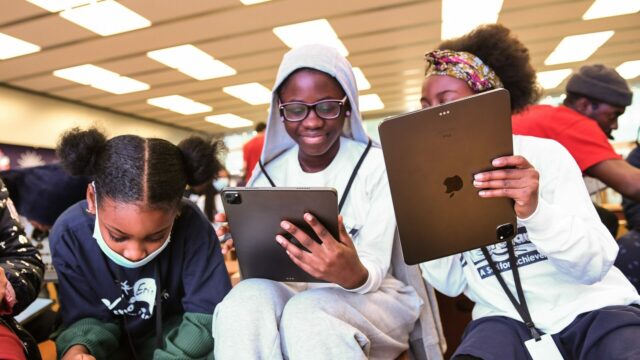 This week, Apple held a number of Today at Apple sessions across Canada, celebrating Computer Science Education Week (CSEW). Partnering with developers and coders, Apple brought in students to sit in on this free program.

The Today at Apple sessions were dubbed ‘Coding Lab for Kids: Code Your First App.’ At Toronto’s Apple Yorkdale, Micheline Khan of Althea Therapy attended to speak and inspire students from Shoreham Public Sports and Wellness Academy. Over on the west coast, Apple Pacific Centre saw Sarah Boland of Life Lapse do the same with West Vancouver students.

iPhone in Canada was invited to attend the December 5th session at Apple Yorkdale. It was here that we got a chance to see Khan speak to roughly 25 students ranging from Grade 2 to Grade 5. During her hosting panel, Khan spoke about her own upbringing and incentives to code as a POC and become inspired to tackle problems head-on. This eventually led her to found Althea Therapy, an app centred on mental health and wellness.

Recently, Khan was recognized as the Ryerson DMZ’s Women of the Year for Women in Technology. Althea Therapy “helps you find culturally responsive mental health professionals in Canada,” Kahn tells us. “We focus on black, indigenous and racialized therapists.” During the Today at Apple session, students were encouraged to chime in with their knowledge of the importance of mental health. Additionally, the Shoreham Public School student leaders were able to share in the excitement of coding and app development. 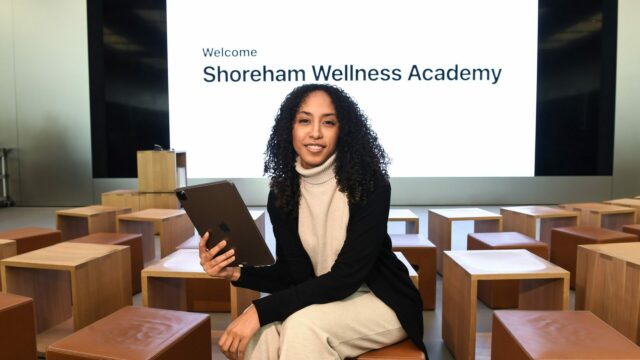 Much to our surprise but these students no older than 10 or 11 have a very good working knowledge of how apps integrate with our daily lives. The students involved clearly has an invested interest in coding and knowledge of how Apple’s technology can make their visions a reality.

“A lot of schools, Shoreham being one of them, have taken on sort of STEM learning as part of their education within their school,” says Helen Fisher, Superintendent of Education with the Toronto District School Board, who was in attendance. “They’re looking at how do we move from that paper-pencil type of work to what are real-life problems that we could solve?”

Shoreham, for instance, offers iPads for students to use while in class. Starting from more hands-off lessons in kindergarten and working through a curriculum of coding and app development, the student’s ambitions can be enriched by technology. Plus, more importantly, mentorship largely has an impact. Shoreham Vice-Principal Patrick Sefa adds that he believes Apple’s ecosystem is primed for students to become familiar with coding platforms. “It’s definitely much more user-friendly. It’s easier for the students to learn, and it’s easier for the staff also to learn. It’s made it easy to teach and learn different applications.”

Apple’s support of CSEW is a ripe opportunity for students who may not normally gain exposure to app development and mentorship. “Even a trip down to Yorkdale Mall is an exciting adventure,” Sefa says. “Some of them do not leave the borders of their community. Having the opportunity to participate in something like this is gonna last a lifetime.”

“I think this event, in particular, is so important, because you’re working with kids, and also youth at such a young age,” Khan says. “You don’t give them enough credit for how smart they are. Just by the questions that they were asking. The feedback was amazing. 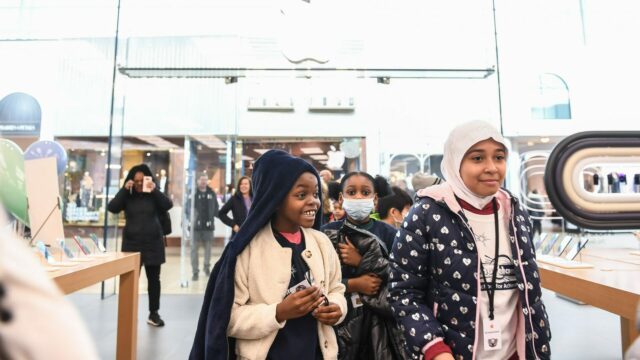 In addition, we sat down with Boland to discuss Life Lapse and CSEW following her Today at Apple session. Life Lapse is a stop-motion app, designed to create unique and engaging video content. With a filmmaking and video marketing background, Boland was determined to utilize the Apple ecosystem to bring “democratized creativity” to anyone with an iPhone.

Her session was held at Apple Pacific Centre with West Vancouver students, offering mentorship. “It is really inspiring, Boland told us. “As a business owner, sometimes you just get so focused on your own little problems and business… I loved meeting all the girls, they’re way smarter than me.”

When asked about how individuals can take the first leap into coding and app development, especially at a younger age, Boland says, “There are so many free resources online. Even in the App Store, like Swift playground, anyone can get started and start learning. I’d say just like dive in. Don’t overanalyze or think too much, which is a blessing and a curse sometimes, Constantly learn from all the mistakes, throw spaghetti at the wall, that sort of thing.

Apple’s iPads and Macs offer support for Swift and Xcode, both of which can be utilized by teachers to inundate students in the world of coding. Apple also offers its Everyone Can Code and Develop in Swift resources. Turning attention from students to Aspiring entrepreneurs, devs can hone their skills via the Apple Developer Academy. This resource was first established in Brazil in 2013. Currently, the academy operates across 17 global locations, including Detroit; Naples, Italy; and Pohang, South Korea.

Fresh off the heels of the launch of Apple's HomePod (2nd-Gen), TF International Securities' Apple analyst Ming-Chi Kuo believes a successor to the HomePod mini 2 could be on its way. In a tweet thread surrounding Apple supplier Goertek, Kuo discussed that the Weifang-based components company has "secured NPI and assembly orders" for the ‌HomePod mini‌...
Steve Vegvari
4 hours ago