Canadian Company To Release An Armband That Reads Muscle Signals

A Canadian startup by the name of Thalmic Labs is working on a device that would soon unleash your inner Jedi. According to a report by Reuters, the company has already received 22,000 pre-orders for MYO, a Bluetooth armband that reads muscle signals before amplifying and relaying them to gadgets, which could potentially allow users to play video games with the sweep of a hand. 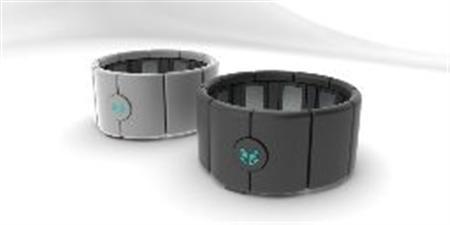 The armband seems to get inspiration from some popular gesture-based devices, such as Kinect used by Microsoft for Xbox 360 gaming console. Similarly, a device developed by Leap Motion reproduces finger movements on screen, effectively converting a monitor into a touchscreen display without the need for a mouse. According to the report, the $149 MYO is more expensive than Leap Motion’s $80 sensor and Microsoft’s $100 Kinect, both of which use external sensors. What sets the MYO apart is its use of muscle movement to control a wide range of devices.

“It’s a functional device,” Stephen Lake, co-founder and chief executive of Thalmic Labs, told Reuters in an interview. “We have prototypes currently”.

Its dependence on muscle signals also means the MYO, unlike other gesture-controlled devices, needs to be specially calibrated for each individual user, said Juan P. Wachs, an expert on interfaces between humans and machines.

“The problem with this kind of technology is that it requires lengthy calibration,” said Wachs, assistant professor at the School of Industrial Engineering in Purdue University in West Lafayette, Indiana.

“It’s not that, once you calibrate, someone else will use the band and it will work right away,” said Wachs, who is familiar with Thalmic Labs’ work.

Company CEO also said that the product will be shipping commercially by the end of this year.