According to the MonerisMetrics Quarterly Report for Q1 2018, Canadians continue to spend and also increase their use of contactless payments, according to Moneris, one of Canada’s largest processors of credit and debit payments.

In regards to contactless payments, both credit cards and debit combined to see an increase in volume by 37% compared to the year ago quarter. Credit cards saw growth of 5.8% compared to debit cards at 3.5%, while combined transactions were up 33% year over year.

Moneris says all provinces saw growth in spending, except for Saskatchewan (down 0.9%), with January being the strongest month in Q1 2018 for the first time, as Canadians spent 6% more compared to the same month last year. February and March saw year over year growth at 3.8% and 4.8% respectively, with the overall quarter seeing nearly 5% growth compared to the same period in 2017. 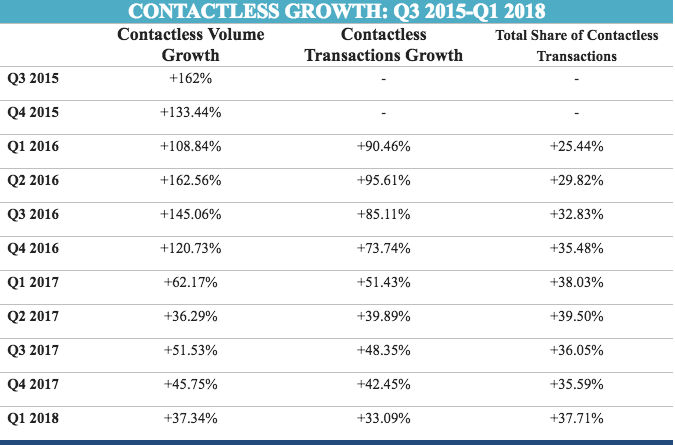 Here is a chart of contactless growth by province: 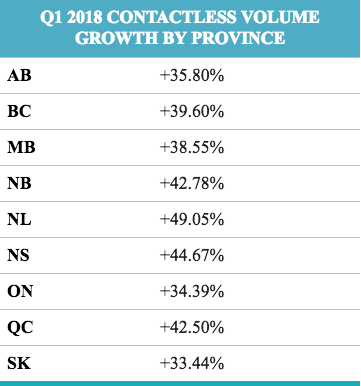 It’s easy to see how contactless payments are on the rise, with tap terminals continuing to proliferate, along with the continued expansion of Apple Pay. Entering in a PIN at some old school merchants is so painful nowadays #firstworldproblems.