While iOS 9.1 beta testers have long had access to new emojis as part of Unicode 8.0, today’s public iOS 9.1 release means everyone now has access to a couple Canadians will want to use and show off to friends who haven’t updated yet.

We’re referring to the hockey stick and puck (Update: that’s a field hockey stick and ball, we’re blind, apologies). Also, if you’re having a bad day, the ‘middle finger’ also makes its debut, as part of 150 new emoji characters within iOS 9.1. 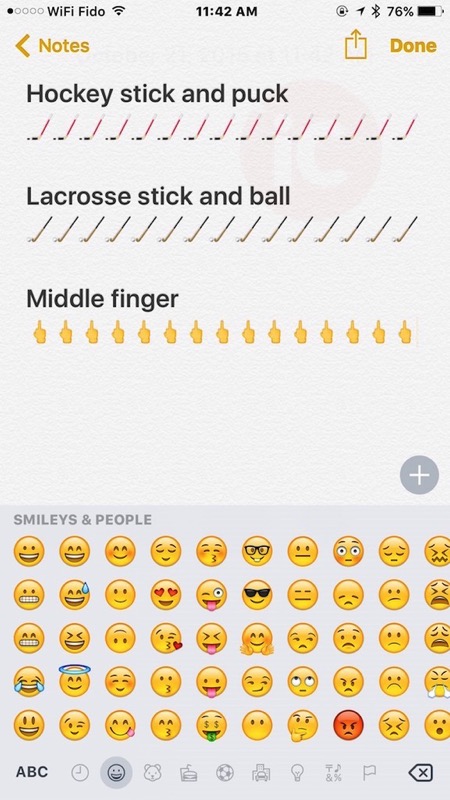 There are a bunch of other fun emoji to use and they should make messaging friends more lively (unlike real-life conversations nowadays, where emojis aren’t available).

For a full breakdown of all the new emoji, check out this amazing post over at Emojipedia.

Let us know which ones are your favourites!