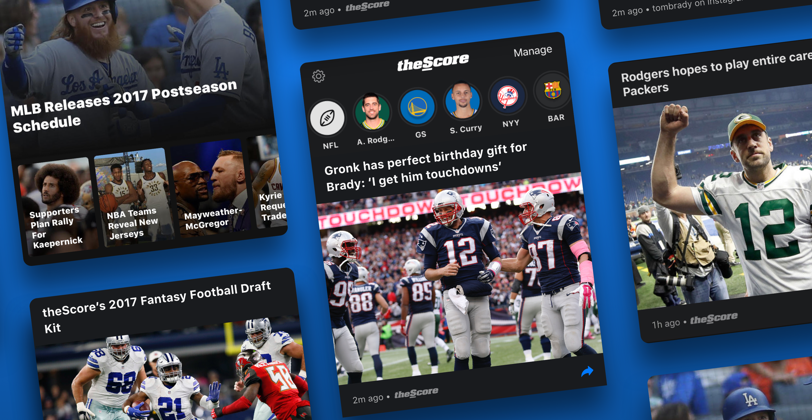 Today, theScore announced their largest redesign ever to its Canadian-made sport app. The new look has been designed to make it even easier for fans to discover news stories, scores, and stats from their favourite teams.

Users can now build a personalized feed of their teams’ multimedia content. The app also includes a ‘Discover’ section aimed at providing users with the ability to “uncover the biggest stories and topics that have sports fans talking.”

In a statement, CEO and founder of theScore John Levy said:

“We believe this update truly makes theScore the only sports app fans need, empowering that experience of following the teams you love while making it even faster to get real-time scores and stats.”

The company has released the app on the iOS App Store today and will be launching an Android app on the Google Play Store “soon.”