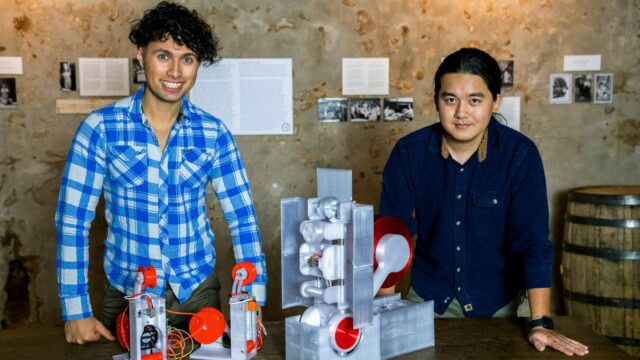 Polyformer, an open-source machine that recycles plastic waste has won the 2022 James Dyson Award for Global Sustainability. The project is developed by Swaleh Owais from McMaster University in Hamilton, Ontario, and Reiten Cheng from ArtCenter College of Design in Pasadena, California

This year’s James Dyson award for Global Sustainability is going to Polyformer for its joint work on recycling and innovations for 3D printing. The project sees Polyformer using disposable bottles as recyclable materials for 3D printer filaments. The machine is able to convert a standard 500ml plastic bottle into 20 grams of print filament.

As it is explained, Polyformer utilizes a special bottle-cutting mechanism to produce a continuous strip of plastic from an ordinary bottle. This plastic strip is then fed into the machine’s extruder. Polyformer then produces the 3D filament that once expelled from the nozzle, is cooled and wrapped in a spool. Polyformer’s 3D printer filament can be loaded into an FDM 3D Printer.

Polyformer is an open-source project. All CAD, code and building instructions can be found on the team’s Discord. “We want people from around the world to be able to access Polyformer, which is why we’ve made it open to all,” Cheng says. “We’ve also designed it so that you can use a 3D printer to print many parts of the machine, or if desired, purchase the parts as needed.” 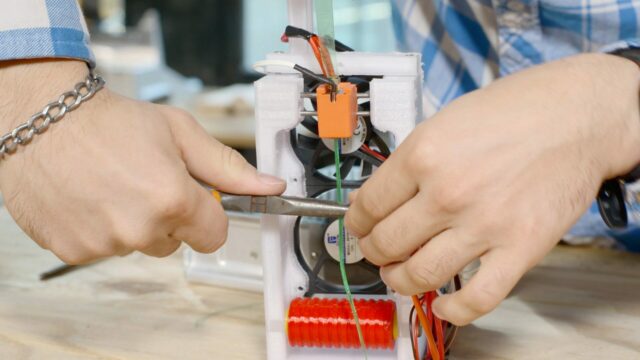 A standard roll of 3D printer filament can range in cost in Canada but is widely accessible. For instance, it is roughly $10 per pound in the country. However, as Owais explains, these costs can be widely different in other regions around the world. “While working at a 3D printing makerspace in Rwanda, we observed the high cost of importing 3D printer filament to the country. A standard roll of 1kg filament can retail for over $60 in the country.” The use of the Polyformer machine may be able to mitigate some of these costs.

Sir James Dyson, founder and chief engineer of Dyson discussed Polyformer’s win. “By turning used plastic bottles into 3D printer filament, Polyformer helps reduce the amount of waste going to landfill and provides a cheap and plentiful material for engineers and designers, especially in developing countries. Their idea will provide new opportunities for other inventors to prototype their ideas using 3D printing.”

1,500 members of the Polyformer community exist around the globe. 30+ machines have been built in Canada, the U.S., Rwanda, Argentina, Spain, France, Germany, Mexico, and Paraguay.

The team will be using its prize money from the 2022 James Dyson Award to deploy several Polyformer and Polyformer-Lites in Rwanda.