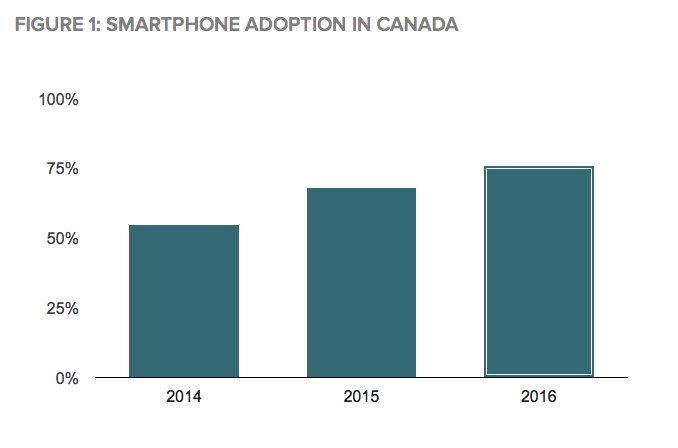 For the first time, three out of four Canadians (76%) own a smartphone, according to the third annual survey on smartphone adoption released by digital marketing agency Catalyst. So if you are wondering how Canadians are using their smartphones, here is what Catalyst has found.

First, there is a notable rise in mobile banking and payments: 85% of those surveyed said they used banking apps, which compares to only 60% in 2014. Also, a third of respondents also anticipate using their mobile phone to pay for a purchase in the coming year, up from 25% last year. The top five mobile payment methods mentioned by the respondents were: PayPal, Starbucks, Apple Pay, Google Wallet, and other specific store apps. Considering that Apple Pay has only just gained support from the major financial institutions in the country, iPhone owners will likely start using their handset or Apple Watch more frequently than before when the mobile payments service was support by AMEX only. 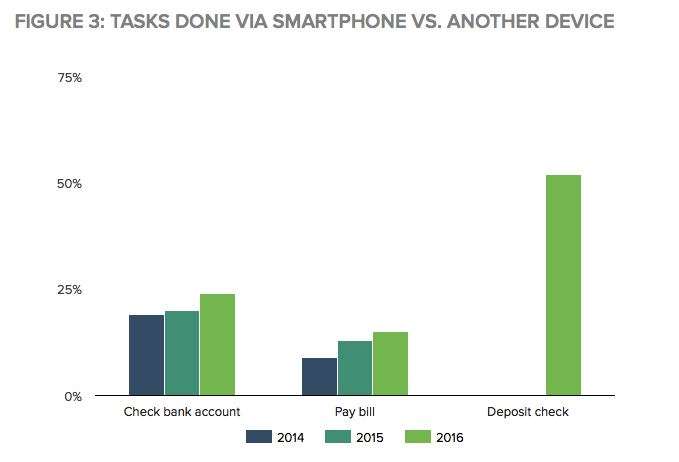 Interestingly, wearables aren’t as popular as some might have expected in Canada: only 10% of the respondents own one. However, health app usage is on the rise, the survey finds, with millennials much more likely to download a health app than people over 35.

The most commonly used wireless voice control service was Siri, with one-third of respondents and nearly one-half of millennials (44%) saying they used Siri rarely, weekly or daily. Canadians most commonly used their voices to search the Internet, send texts and make phone calls. Nearly half of Google Now users use it to conduct web searches. The popularity of wireless voice control reveals an emerging way to reach customers as they search. Voice search is an opportunity to optimize pages for long-tail keywords that users tend to speak rather than type.

Another interesting highlight of the report is that Canadians choose very carefully which apps they keep on their smartphones. While the average Canadian had about 27 apps on their handset in 2014, this year the number hardly hit 18.

You can read the full report on Catalyst’s website.