Canadian Student Fined for Looking at Apple Watch While Driving 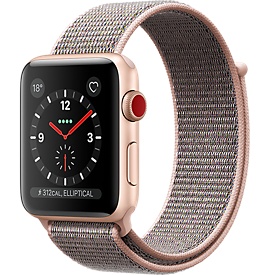 Following a recent ruling by a University of Guelph justice, a student named Victoria Ambrose has been fined $400 for looking at her Apple Watch while driving on the U of G campus (via GuelphToday). Ambrose was stopped at a red light on South Ring Road April 24 when a campus police officer pulled up alongside of her.

When the officer noticed the glow of her Apple Watch and that she was looking up and down at it instead of moving her car on the green light, he pulled her over and charged with driving while holding a hand-held communication device under the Highway Traffic Act. Ambrose argued that she was merely checking the time, which requires her to touch the screen to activate and deactivate.

Justice of the Peace Lloyd Phillipps ruled that an Apple Watch qualifies as a hand-held device following a May 16 hearing:

“Despite the Apple watch being smaller than a cellular phone, on the evidence it is a communication device capable of receiving and transmitting electronic data,” Phillipps wrote in his ruling.

“While attached to the defendant’s wrist it is no less a source of distraction than a cell phone taped to someone’s wrist. It requires the driver to change their body position and operate it by touch.”

Ambrose has now been given 90 days to pay her fine.

Apple, Google, Amazon, Meta, and Microsoft have all joined the University of Illinois (UIUC)'s Speech Accessibility Project to improve voice recognition algorithms for users with disabilities that affect speech and those with diverse speech patterns — reports Engadget. The tech giants are also joined by nonprofits like The Davis Phinney Foundation and Team Gleason in...
Nehal Malik
13 mins ago