Home security camera company Canary has recently announced some changes to its services, according to which, its previously free Night Mode feature will now be available at a subscription fee of $9.99 per month, The Verge is reporting. This means that non-paying users will no longer be able to access the Night Mode feature on their cameras nor will they be able to record video for later viewing. 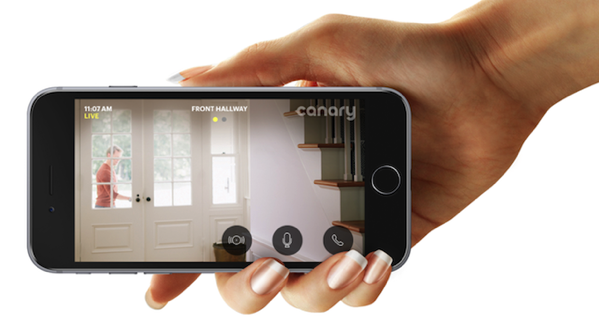 For those who aren’t aware, Night mode is a feature which allows users to set a schedule for their Canary camera to monitor their home while they sleep without sending notifications. The company has also said that all the videos previously recorded for free, will be converted into 10-second clips called “video previews”. Canary users are obviously not happy about these changes and are taking to Twitter to express their frustration.

Hey @canary@canarysupport why are you bait and switching up on customers?You offer a product under the premise of free service then renege? pic.twitter.com/FcxIIWee1P

@canary why are you removing free features from you cameras and adding them to the paid for plans, screwing over your customers is poor…

@canarysupport @canary i am really disappointed on your recent changes to the free acvounts. Bad management yield bad decisions.

The company has responded to a few complaints by pointing people to its updated FAQ page. Meanwhile, Jon Troutman, cofounder and chief design officer of Canary has issued the following statement:

“Today we stream nearly 500 million video clips per day. Most Canary users rely on notifications, Watch Live, and their timeline images to determine what is happening in their homes or businesses, which means that hundreds of millions of recorded videos travel through our platform unwatched, making the system slower, and costing Canary a significant amount in cloud expenses. To address this, we have aligned all free users on a plan that provides Video Previews that are still maintained on a 24-hour timeline. We have also introduced a faster Watch Live experience that can now be enabled while Canary devices are set to Away or Home mode. Our goal with these changes was to maintain a highly-competitive free service option while enabling continuous innovation and new feature development for all users.”

Will you continue to use Canary’s Night Mode feature?