Canary, the popular security camera company, has today announced the release of a new version of the Canary app, which adds support for Apple TV, allowing users to easily watch their camera’s feed on their TV’s big screen, TechCrunch reports. The updated app not only lets users view the live stream from their camera on their television, but also watch the recordings saved to their timeline. 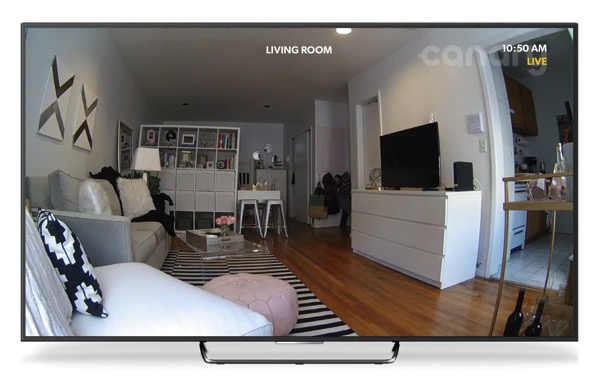 Users with a single Canary security camera, the updated Apple TV app will launch straight to the Dashboard view. From this screen, users can choose to watch the camera’s feed live or access their timeline. For those with multiple Canary devices, the app will allow them to use the Location view to move between different locations. To view a specific event, users can click on the thumbnail image as well.

You can also tap the Apple TV menu button to view a single entry, then bookmark or delete the event from your timeline by selecting the appropriate button. A “Related Videos” section underneath each event will take you to the next or previous event in the timeline.

Along with the launch of its Apple TV app, the new Canary app (v2.0.2) will also support tablets, including both Android and iPad, as well as Android Wear.

Canary is known for making an affordable $199 security camera for use in the home, and has recently debuted its untethered counterpart for outdoor use called Canary Flex. More information about the Canary app is available here.