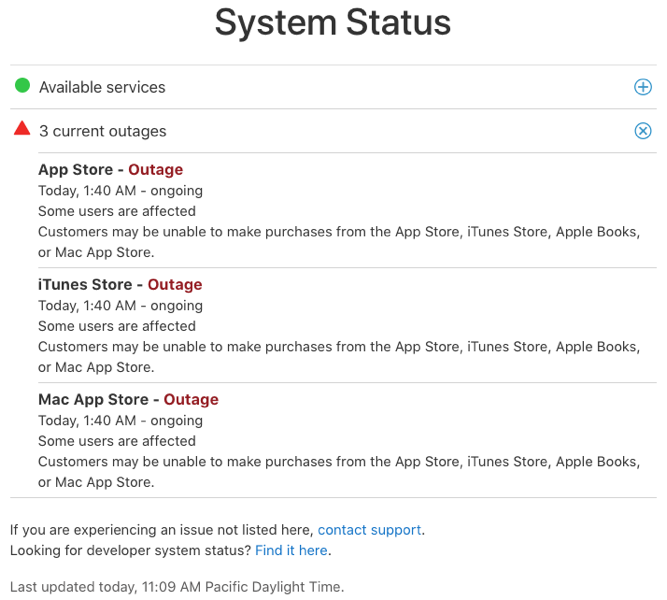 Have you been running into issues making purchases from the App Store, iTunes Store and Mac App Store this morning?

According to Apple’s System Status page, these three stores are suffering from ongoing outages, since 1:40AM PDT/4:40AM EDT.

Apple says “some users are affected”, adding “Customers may be unable to make purchases from the App Store, iTunes Store, Apple Books, or Mac App Store.”

Your best bet is to be patient and wait for Apple to bring these stores back online, which should happen shortly.