It’s all about the ‘90s baby, as retro gaming consoles continue to be a thing. The latest comes from Japan’s Capcom, the makers of popular titles such as Street Fighter II.

Their latest is called the Capcom Home Arcade, a plug-and-play arcade joystick with buttons, with included 16 of the company’s classic arcade titles.

Capcom says it “offers a true arcade experience thanks to competition class Sanwa JLF-TP-8YT sticks and OBSF buttons,” allowing two players to play beside each other.

Users just connect the Capcom Home Arcade via HDMI to their display of choice, while the unit is powered by micro USD. There’s built-in WiFi so you can connect to a worldwide The following 16 games are included: 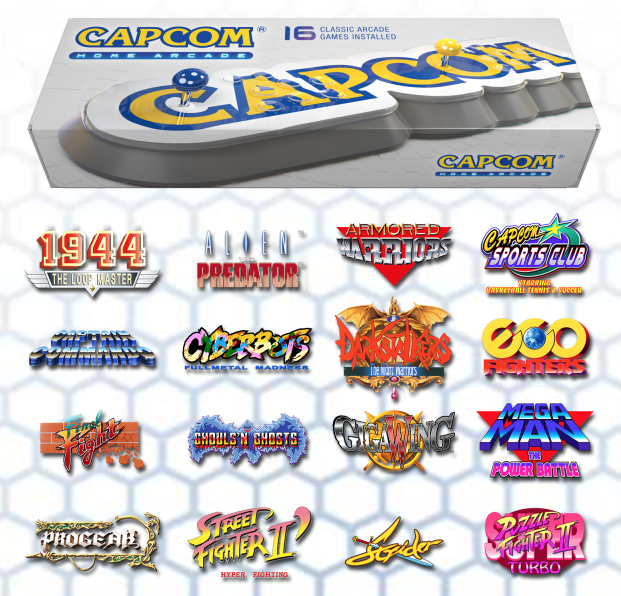 You can bet the extra turbo code for Street Fighter II Turbo will work on this?


Now for pricing…the Capcom Home Arcade is priced at $229 euros, or $346 Canadian dollars. Shipping is extra, with Canada falling under Zone 4 at the cost of $30 euros, or $45 Canadian.

Are you ready to drop over $390 CAD on the Capcom Home Arcade? That’s more expensive than the new Xbox One S All-Digital Edition announced today.

The Capcom Home Arcade is available for pre-order now, with a launch set for October 25, 2019. Regional pricing may change leading up to the launch, but if the European pricing is any indication, this system won’t come cheap, like other retro consoles we’ve seen from Nintendo and Sega, at under $100 Canadian or so, depending on when you purchased it.