Captain Crashes Boat After Believing iPad Would Work as Compass 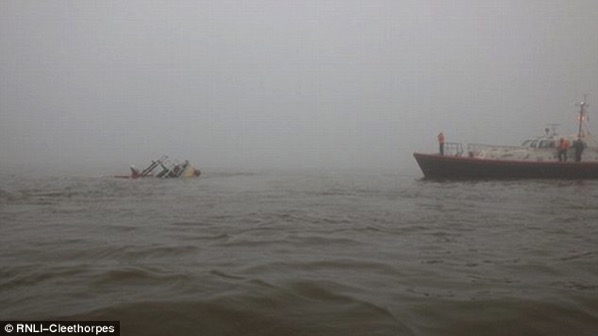 A 34-year-old boatman, who set off on a journey without carrying a compass, and only an iPad for navigation, was fined $3,700 for crashing his 50-foot Second World War boat into a ferry, CultOfMac is reporting (via the Daily Mail). Skipper David Carlin didn’t consider the fact that there was a good chance Wi-Fi connectivity could drop out, which in fact did, and eventually caused the crash.

“When the Wi-Fi signal failed, Carlin accidentally steered his vessel, Peggotty, into the main shipping lane of the Humber Estuary during dense fog, where it collided with a cargo ferry 1,400x larger than his own vessel. At the time, Carlin was sailing his boat from Grimsby to Hull in the U.K. with a passenger. Both had to be rescued by a lifeboat”.

The wooden vessel, which had faulty navigation lights and radar, sunk within half an hour and Carlin was forced to  put out a Mayday call. The report notes that the captain of the larger cargo ferry, was conveying cargo to Gothenburg in Sweden, didn’t even realize what had happened due to the massive size disparity. Luckily, no-one was hurt on this occasion.

“I am surprised this collision, which could easily have resulted in far worse consequences, occurred in the first place”, said Gwen Lancaster from the Maritime & Coastguard Agency’s Hull Marine Office.

Carlin and his wife had been planning on selling the boat, which is a former Royal Navy training vessel, and he was sailing it from Grimsby to Hull for a survey.