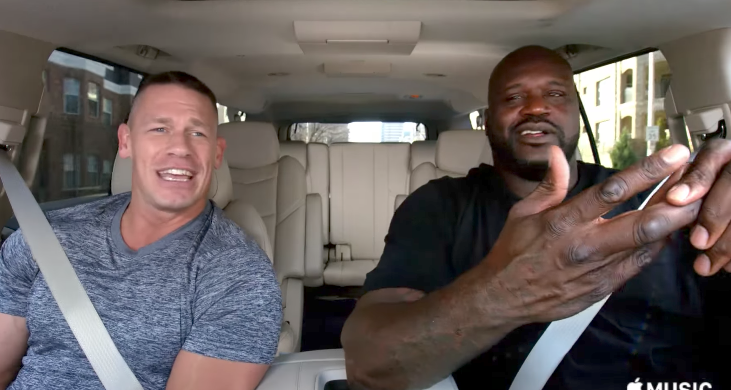 New trailers were also shared for upcoming episodes on September 5, featuring Shaq and John Cena, while another pairing has Michael Strahan and…Jeff Gordon?!.

Check out the trailers below:

Have you been watching Carpool Karaoke on Apple Music?