More iPhone 5 rumours coming your way, this time via the Guardian. According to their sources carriers are already testing iPhone 5 units in locked and sealed boxes:

my carrier sources tell me that the boxes in which the new iPhone hardware is encased have been transported to carriers for testing. This is an important step in the release cycle for any phone.

The next iPhones go for their testing inside locked and sealed boxes so that the carriers can carry out checks on their network compatibility in their labs. It’s very high security, as you could guess; my understanding is that barely anyone inside the carriers gets to open those boxes, and even when they do the hardware is encased in a dummy body which means there’s no clue to what the actual phone will do.

Also noted is Apple would most likely have a plan in place to identify where leaks are coming from, during any testing phase. Obviously, getting caught leaking Apple hardware would lead to severe consequences (*cough* Gizmodo). The iPhones are in the system, and apparently will begin manufacturing once they get approval.

The Guardian piece jumps all over the place and includes various iPhone 5 rumours, including today’s Telus roadmap ‘leak’, and recent chatter from analysts pushing for a September launch. 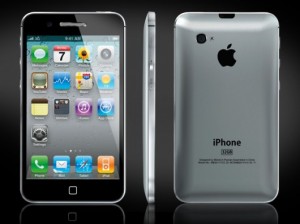