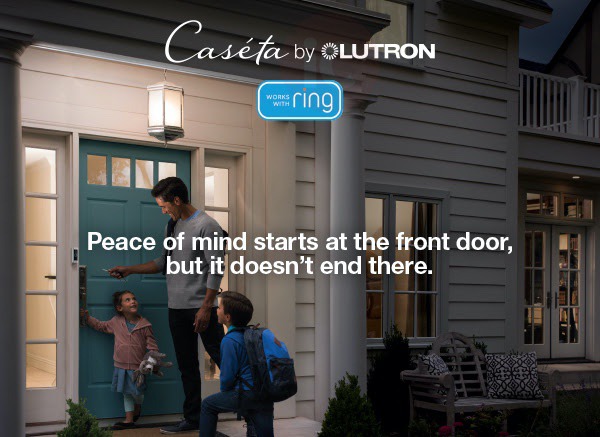 In an announcement sent to customers, Lutron explains, “Caséta by Lutron and Ring will soon work together to help you take control of what happens around your home – right from the Lutron app.”

The new support will allow users to choose which Caséta controlled lights turn on when your Ring Video Doorbell or Security Cam is activated.

Lutron’s Caseta products also work with HomeKit and can be controlled by Apple’s Siri as well.