Oprah Winfrey is hosting in-depth conversations with Pulitzer Prize-winning historian and bestselling author Isabel Wilkerson about her latest book, “Caste: The Origins of Our Discontents,” exclusively on Apple TV+. 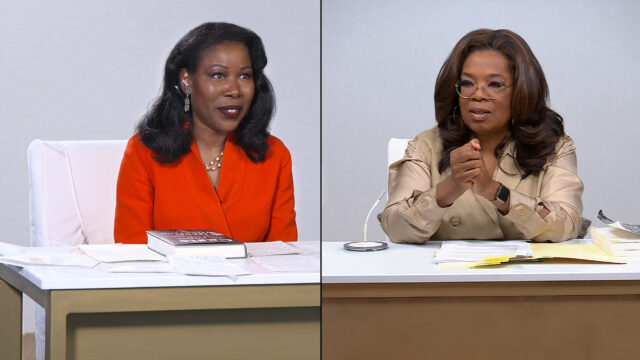 Calling the book “a must-read for all of humanity,” Oprah asks the reasons behind writing the book and why we need a new language for talking about race, reads a new press release.

Then, on Friday, October 9, “The Oprah Conversation: Caste” dives in deeper to discuss the themes of the book in a two-part episode on Apple TV+, as Winfrey and Wilkerson come together for a conversation about “truth, reflection and hope for humanity.”

In “Caste: Part 1,” Winfrey, Wilkerson, and a panel of readers discuss the concept that America is built on a caste system. “Caste: Part 2” continues the conversation as readers share stories of how the themes explored in Wilkerson’s book resonate with their lives and experiences.

Additionally, Apple Books and Oprah’s Book Club are offering “Read With Us: Caste, An Oprah’s Book Club Discussion Guide,” available for free on Apple Books. The discussion guide includes an introductory letter from Winfrey, a Q&A with Wilkerson, questions to prompt self-reflection and important discussions, and more recommended reads.

“Caste” continues the partnership between Winfrey’s book club and Apple that began last fall. It features past picks such as Ta-Nehisi Coates’ novel “The Water Dancer” and Robert Kolker’s non-fiction “Hidden Valley Road.”