If you’re an Apple Music subscriber that’s about to move to a different country, you should think twice before changing your country setting within Apple’s music streaming service. 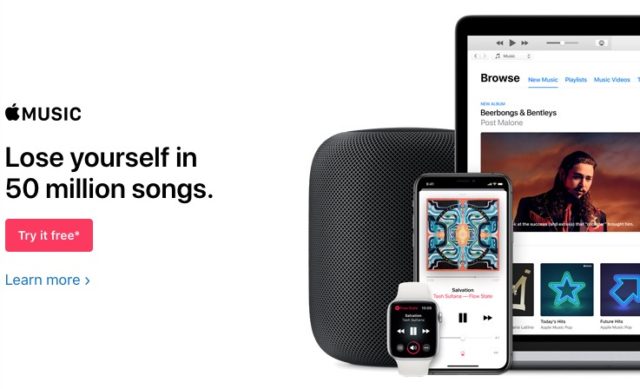 Reddit user ‘Enclavean’ has published a public service announcement in the form of their experience with changing countries without Apple Music. After doing so, the user was devastated to find out there were no recovery options for their music library, even after talking with Apple Support. This resulted in organized songs by playlists, tags and more—all gone:

I recently moved back to my home country after living abroad a few years, one of the first things I wanted to do was switch over my Apple ID to my new local debit card, however, you cannot do that without unsubscribing to Apple Music. After googling, it seems Apple keeps your data up to 30 days after unsubscribing, i figured that was fine since I was planning on re-subscribing right away. Well, as it turns down, if you change country, they completely delete your library, contrary to what I´ve read both online and here, its completely gone. According to Apple Support, this was a recent change.

After spending over an hour with Apple on the phone, they were unable to help me, said i should re-build my massive library, and this is probably a good time to mention Im a bit of an organizational freak, all my songs were organized into smart playlists, with tags, custom genres, lyrics, i even had my own music uploaded, each carefully edited with all details filled out to blend with my Apple Music library.

‘Enclavean’ says they will be switching to Spotify, as this situation is “just completely disappointing,” especially as someone who is “all-in on Apple products.”

“If anyone else is considering switching countries on their [Apple IDs], migrate your songs over to somewhere else first. If you are going abroad and wanna change to your local card, [don’t],” concludes the Reddit user.

The post also generated similar responses from Apple users who experienced the exact same thing when trying to switch countries within Apple Music.

Literally just had this myself, and even got it escalated through Customer Support.

The fact you can’t even export a CSV or anything of playlists shocked me – and now if I move, I’ll have to do it again.

It’s even worse if you have family sharing, it wiped out 3 different libraries for us when we moved!

The weird part was if I went to my profile on AM I could still see what I had been listening too – so there is some information kept, they just don’t port it.

Have you ever had to change countries with Apple Music? Were you able to recover your music library?