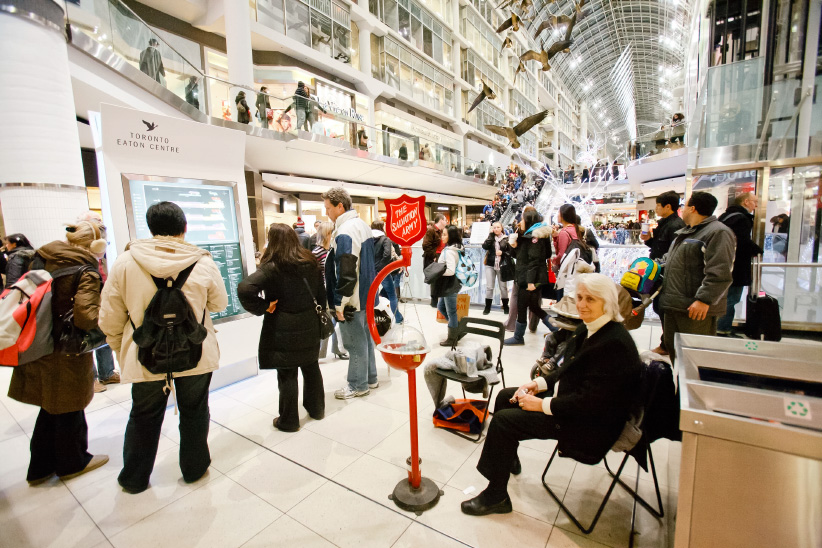 According to a new report from MoneySense, charities in Canada are being forced to adjust as Canadians start turning away from cash, in favour of other card-based payment methods.

John McAlister, national director of marketing at the Salvation Army, said that the lack of coins and bills could reduce the effectiveness of these specific campaigns.

A survey that was conducted by The Canada Project suggests that credit and debit cards are the most popular forms of payment in the country. This shift is pushing cash into a distant third place, when it comes to preferred payment methods.

“The value of all Canadian bills in circulation topped $77 billion in 2016, up $2 billion since 2015 and $33 billion more than in 2004, according to the Bank of Canada. But there are some tentative signs that the era of physical currency is waning. In 2016, there were 1.1 million fewer $5 bills in circulation than there were the year before. A decline in the supply of that denomination has only happened one other time in the past decade, between 2012 and 2013. And in percentage terms, the $2 billion hike in available paper cash is the smallest increase in more than 10 years.”

However, we must not forget the rise of mobile payment solutions like Apple Pay, which has taken the market by surprise in the past year. Mobile payment methods have jumped to the preferred method of 2% of respondents. This is a huge jump considering that it wasn’t even on the list just one year ago.

As the preferred method of payment for Canadians changes over time, charities will have to continue to work hard to adapt to the future of payments.