The New Yorker recently profiled Apple’s lead designer Jony Ive, which is a great read for designers and Apple fans. One of the most interesting bits of information about Ive is the rather colourful (and maybe a little offensive) poster on his office wall.

For any one who does not want to read the poster in all of its detail, here is the text with any profanity edited out:

Here is the full unedited image of the poster: 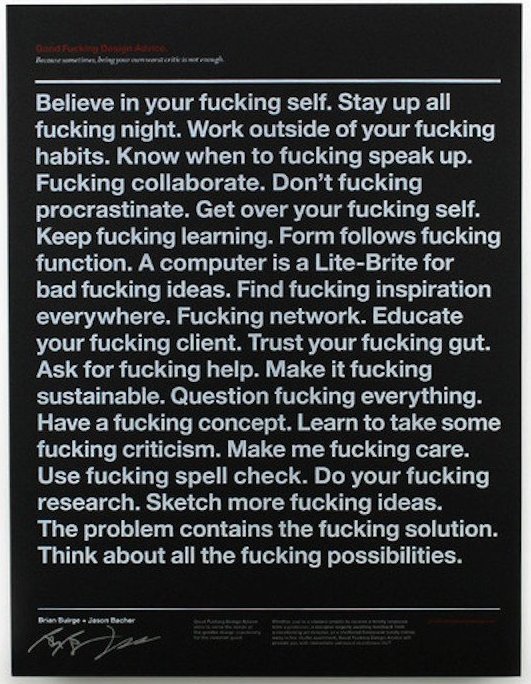 The posters are available for purchase from the Good F’ing Design Advice store for $100. The store even offers a “family friendly” version of the poster, which presumably drops any profanity. The creators and designers of the poster say that it will “provide a sense of purpose and class to your workspace.”