Check Out This Retractable Aftermarket Lightning to USB Cable

Sometimes carrying the Lightning cable can be annoying, either because of its messiness and tangling, or because I just don’t have the extra pocket to carry it with me. As a result, I have certain advantages (I don’t have to keep the Lightning cable in sight), but the disadvantages are also obvious: what do I do when my iPad or iPhone 5’s battery is low or I want to sync the device with my computer? 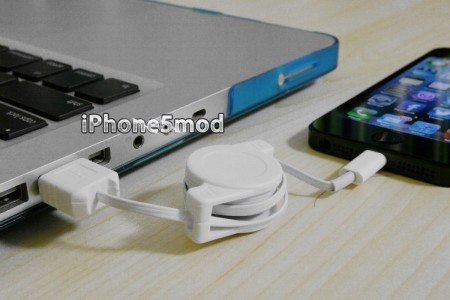 This is when aftermarket products come into the picture, and we have already presented some of the great aftermarket iPhone 5 accessories the guys from iPhone5mod manufacture. Their latest addition is the retractable Lightning to USB cable which aims to solve the above situation.
The aftermarket Lightning to USB cable’s flat design allows the cable reel to fit easily inside the casing; secondly, it allows you to control its length, which can be extended up to a metre. 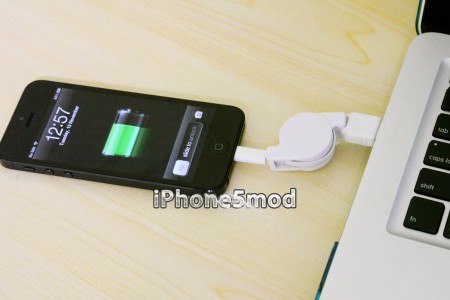 The aftermarket retractable Lightning cable is compatible with all iOS devices with the Lightning connector and retails for $9.90. This neat accessory can be at your door in up to 20 days with Registered Airmail adding $4 as shipping cost or via Speedpost in up to 7 days, but in this case you need to shell out $26 just for shipping.

In this week's edition of his Power On newsletter, Bloomberg‘s Mark Gurman detailed what we should expect from Apple's upcoming September event. Apple is expected to unveil the iPhone 14 and more at an event in the first half of next month. On the hardware side, Gurman expects to see the iPhone 14 series, the iPhone 14...
Nehal Malik
19 mins ago