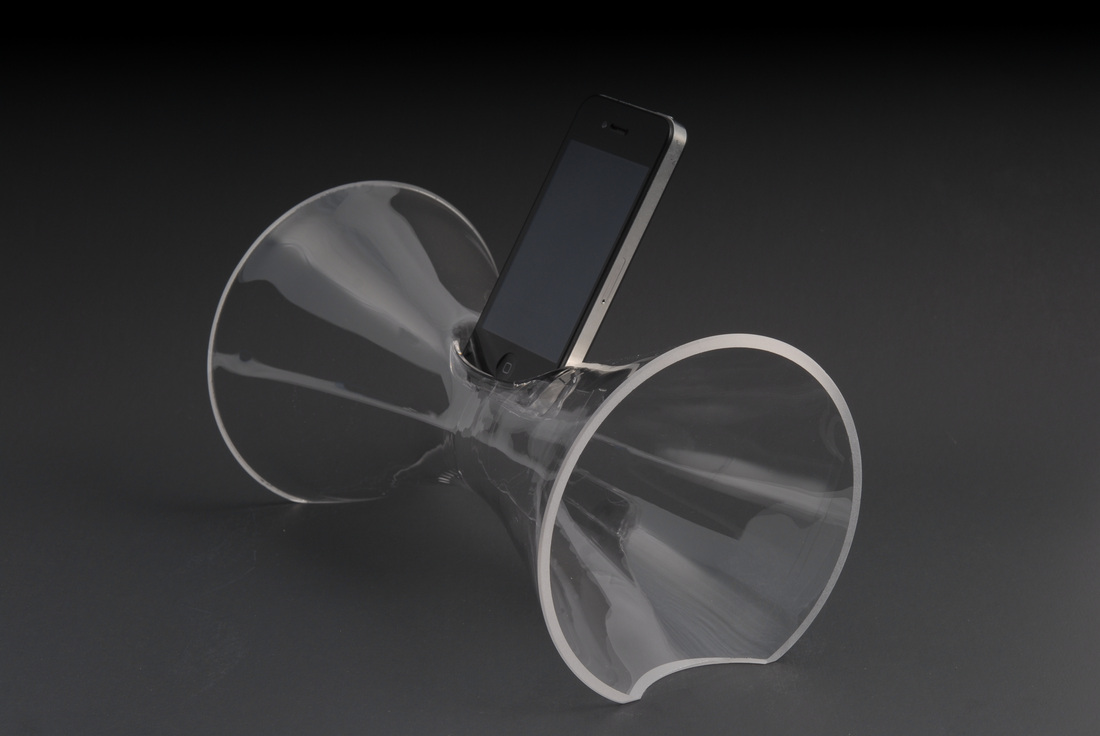 Craftsman and designer Aric Snee has created a sound amplifier for the iPhone out of handblown glass. The product is called the “My iPhone Amp” and was created to have a modern design, but it is constructed using a century old tradition of glassblowing. 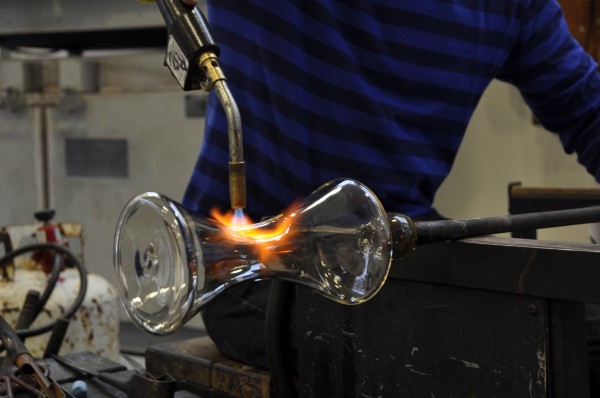 The “My Phone Amp” by Aric Snee is an acoustic amplifier and viewing stand for your iPhone 4 or 5 that multiplies the decibels from your phones’ built in speakers.   It is freestanding, stable and provides unrestricted access to the home button and positions the screen at the preferred angle for viewing.   It functions perfectly on the nightstand, in the kitchen, living room, or office: anywhere your music takes you.  The bilateral design wraps the room in sound.

The  “My Phone Amp” is designed in the spirit of modernism but handmade in the centuries old tradition of glassblowing.  Aric Snee is the designer and maker of the “My Phone Amp” and he handcrafts each one with exacting precision.  Snee is a Sculptor and Designer who is teaching Neon and light based sculpture at Ball State University.  In his own work Snee is interested in the intersection of Fine art, design and industrial fabrication.

The iPhone rests in the middle of the device in a pre-made cutout. When a user turns on any music the design with the two bell-shaped holes on either end are designed to amplify the sound that comes out of your phones built-in speakers. 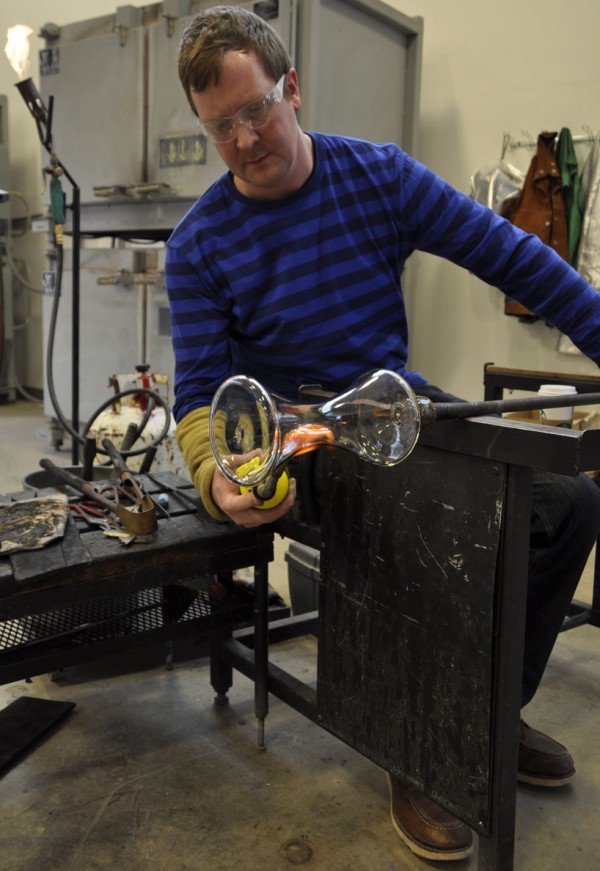 Snee’s “My iPhone Amp” is available to order for $325 from his website.

While releasing the first trailer for the Antoine Fuqua-directed historical drama, Apple has today announced that Will Smith’s next film ‘Emancipation' will premiere in theaters on Dec. 2 and will stream on Apple TV+ starting Dec. 9. According to Variety, Apple’s decision to delay the film to 2023 after Smith became embroiled in controversy for slapping...
Usman Qureshi
44 mins ago