Apple’s fresh telecom partner in China sold about a million iPhones in the country last month, after it started selling the handset on January 17, 2014. The information was revealed by China Mobile’s chief executive, Li Yue, today (via Reuters). 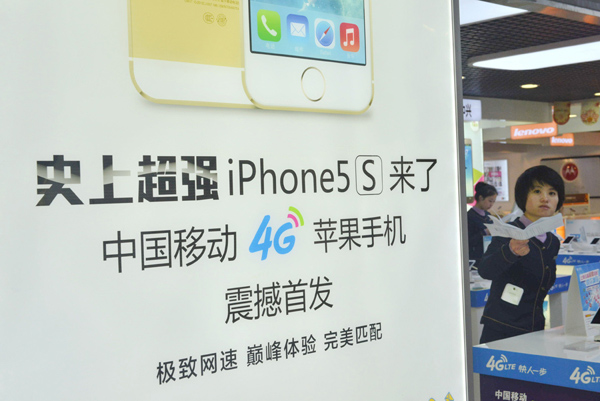 “We added 1.34 million new 4G users in February and most of them are iPhone users. We are happy with the progress as we are still building our 4G network and the coverage is only available in some major cities,” China Mobile Chairman Xi Gouhua told The Wall Street Journal.

The world’s largest carrier posted its first decline in revenue in more than 10 years, as it focused on building its 4G network across the country. However, both parties are confident about the partnership, and China Mobile apparently bets on the 4G-capable iPhones in its battle with the competition.

Her estimate, however, is well below expectations (the most optimistic are for 17 million units), but as the China Mobile report highlights, she could be right. But Huberty remains optimistic about the overall performance of iPhone sales for the March quarter as well.

According to data revealed by the China Mobile report, the carrier gained 375 million subscribers in February, while China Unicom added 157 million, and China Telecom just 22 million new customers during the same period.