Will the next iPhone support HSPA+ speeds? China Unicom’s VP gave a presentation at Macworld Asia, and one particular slide apparently revealed the capabilities of the iPhone 5:

The current iPhone 4 supports up to 7.2Mbps. HSPA+ networks are already in place and are advertised as “4G”, even though theoretically these speeds are next to impossible to achieve in reality. LTE networks have been established by Rogers and Bell. We’ll find out on Tuesday at Apple’s “Let’s Talk iPhone” media event. 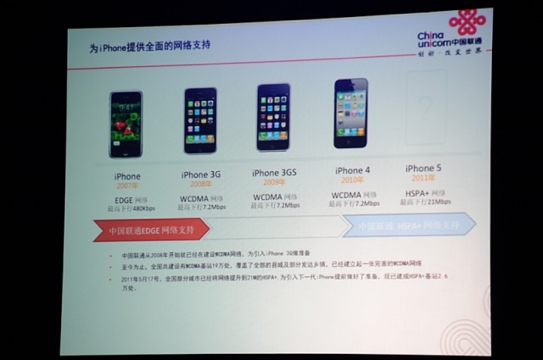