Update: iPod touch 2nd and 3rd generation models were previously available on September 9th as well, and the 4th generation on September 8th. Expect something to happen at this Fall’s Apple event.

More iPhone 5 rumours coming your way. This time around, an image sent to us appears to indicate the iPhone 5 could be launching on Friday, September 9th in China (last year, the iPhone 4 launched on Friday, July 30th in Canada) and possibly worldwide.

The image below was taken by an iPhoneinCanada.ca reader that returned from a trip to Dalian City, China, outside an authorized Apple reseller. It reads “accepting pre-orders”, whereas the poster facing the store says “available on September 9th”. Our reader Joseph explains why he didn’t snap a picture of the poster with the launch date:

There is another poster says “available on September 9th” but it was right in front of the shop so I did not dare to take the picture. This one saysÂ “accepting pre-orders” and it is outside an “Apple authorized” shop. 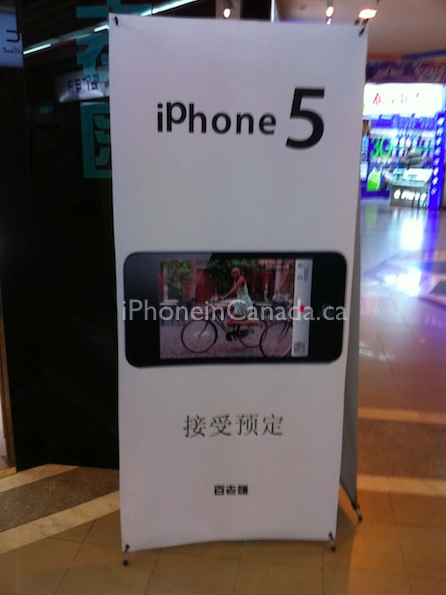 The authorized reseller in question is located in an underground shopping mall in front of Dalian train station. The above text of “iPhone 5” looks like amateur hour, but that is life in China when it comes to English-related signage. Furthermore, Joseph was unaware of the existing September launch rumours (facebook and twitter are blocked by the Great Firewall of China) and only sent this in when he caught up with rumours upon returning back home.

Recent iPhone 5 rumours have stated production to start in mid-August, along with the possibility of a another cheaper unlocked $349 iPhone 4S model.

Earlier Chinese rumours add to this possibly September launch. Recently, Apple executive Tim Cook was spotted in China, at the headquarters of China Mobile. He was there to apparently work out a deal with the largest wireless carrier in the world, currently sitting at over 600 million subscribers as of May. 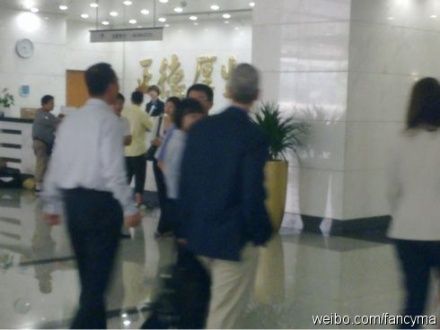 Furthermore, a China Mobile employee leaked details the iPhone 5 would be launching in September on Weibo.com (China’s version of twitter), that consequently was deleted. 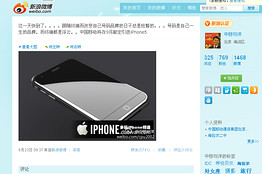 Lui Yang is referring to China Mobile’s local 3G standard called TD-SCDMA, that is not compatible with existing iPhones. In order to use data plans, China Mobile users had to switch over to rival carrier China Unicom, changing their numbers in the process.

The Shanghai Daily quoted Yang, the marketing official for China Mobile as saying the following:

The article also quoted the iPhone 5 would be offered on a 4G service, which coincides with China Mobile’s previous claims to support the iPhone when a LTE model becomes available.

It’s also worth noting Brian White with Ticonderoga Securities has been following Apple’s involvements with China Mobile closely. He mentioned late last week China Mobile could possibly receive the next iPhone 5 in September, and also reported Apple would release a smaller, cheaper iPhone to be sold without contract in China–corroborating the earlier story today of a cheaper iPhone ‘4S’.

After the leaked iPhone 4 debacle of last year, Apple this time around has hermetically sealed all leaks of its next generation iPhone plans. With the absence of an iPhone announcement at WWDC 2011, speculation has continued to run rampant of an imminent September launch. Could China have spilled the beans on the iPhone 5’s release date? Maybe. Right now, it appears that way from the evidence we’ve seen.